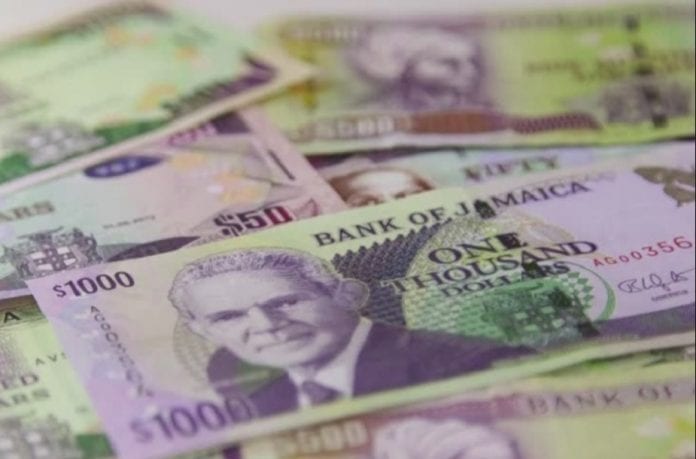 Jamaicans at home and abroad are confused and concerned what’s the reason for the sharp devaluation of the Jamaican dollar over in recent weeks. From approximately US$1 equaling J$128 towards the end of June, the exchange rate fell to J$137. 50 on August 24, after hovering close to J$140 to US$1 days earlier.

Various economist, including the governor and staff of the Bank of Jamaica, and the political directorate in the Ministry of Finance have tried explaining the persistent devaluation, but there remains much confusion.

The confusion mounts as Jamaicans continue to be informed that the nation’s economy is improving in keeping with goals set by the International Monetary Fund (IMF) under the current IMF/Jamaican government loan agreement.

According to reports, Jamaica’s unemployment is at a record low, inflation has declined, the exchange rate is sustainable; international reserves have risen significantly; interest rates are low and falling; and the nation’s current account is more or less balanced.

All this is positive news; so why has the dollar made this sudden spurt to over US$1 = JS137?

Some weeks ago, the Ministry of Finance attempted an explanation indicating the latest slide of the dollar was a temporary anomaly. The explanation suggested the low interest rates motivated business people with debt in US currency to borrow Jamaican dollars to buy available US dollars to pay down their US currency debt. Apparently several businesses people applied this foreign debt reducing strategy simultaneously, which, in accordance with the law of demand and supply, created a sudden shortage of US dollars that pushed up the exchange rate. But, to reiterate, it was suggested a more normal rate would return in a short time.

That was several weeks ago, and the rate has kept rising. In former years when the exchange rate rose sharply the BOJ, which was then the manager of the foreign exchange rate, would have intervened and taken corrective measures to lower the rate. But, the policy of the Jamaican government now allows the dollar to fluctuate in a free market system, without the BOJ’s management.

However, the BOJ could, nonetheless, have taken temporary measures to reduce the rate, but it hasn’t. The non-action by the Bank has given to speculation that it has deliberately kept out of the fray to enable the national inflation rate to increase.

Inflation rate is too low

To the man in the street the fact that Jamaica’s inflation rate at the end of June stood at 2.8 percent is good. It meant that over the 12-month period since June 2017, prices rose on an average of 2.8 percent. But to traditional economists, and in accordance with the GOJ/IMF agreement that inflation rate is unacceptable. It is preferred the rate fluctuates between 4 and 6 percent. The reason is if inflation remain too low, in relation to the low interest rate, there’ll be a spike in demand for goods, (the too many dollars chasing too few goods argument). Since most of the goods being demanded are imported this could mean an increase in imports and increase in foreign exchange expenditure to make these purchases. In short order the economy would revert to negativity.

Since the government need to realize an increase in the inflation rate, it’s speculated the BOJ is refusing to intervene to take action to stem the currency devaluation. The Bank could do this by hiking interest rates and selling off some of the high foreign exchange reserves. However, in a recent statement the BOJ governor staunchly rebuked that the bank is refusing to take action in order to let inflation rates go higher.

But Jamaicans at home and in the Diaspora need answers, and action to stop the devaluation. Gas prices have followed the path of the rising dollar, and as gas prices rise so will other prices, including electricity rates, public transport, and food.

In the Diaspora, people who depend on Jamaican pensions paid in foreign currency, and on dividends from investments in Jamaica are suffering, as these payments have contracted resulting from the devaluation.

When the Jamaica dollar devalued sharply during the previous PNP administration, the then JLP Opposition was very critical. Then Opposition Leader, Andrew Holness was quick to indicate “the challenges” being experienced by “ordinary Jamaicans” as a result of the persistent devaluation.

As prime minister, Hiolness is obligated to explain to Jamaicans why the dollar is hovering closer to US$1=J$140 and not falling. Why aren’t the market forces working? Why doesn’t the BOJ make a temporary intervention? Jamaicans, home and abroad, are again experiencing tremendous challenges because of this devaluation. Jamaicans deserve a plausible explanation from its leader.

Caribbean Artists Tap Into Creativity To Cope During COVID