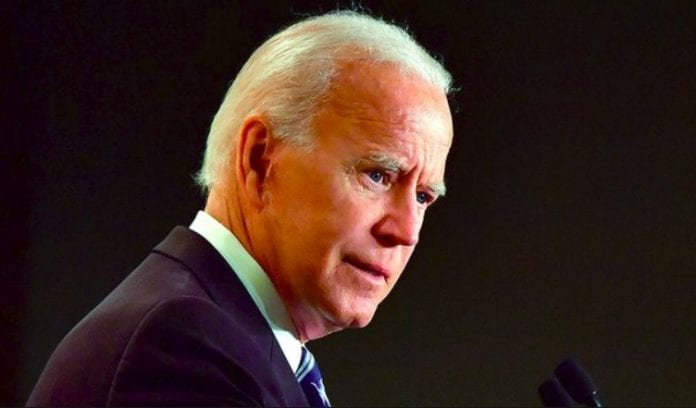 By now most people should be aware of the recent controversy surrounding former US Vice-President and possible 2020 Democratic presidential candidate Joe Biden. The controversy involves accusations by women that Biden, during his tenure as vice-president,  made them “feel uncomfortable” by standing too close, and apparently sniffing one of the women’s hair standing behind her. Neither of the women accused Biden of any sexual inappropriate behavior or harassment, just that his closeness made them feel uncomfortable.

It seems ever since the “Me Too” movement began in October 2017, an increasing number of prominent men in America have been accused of inappropriate sexual behavior against a woman, or women, years in the past.

When the movement, named after a Twitter hashtag, took off in 2017, its purpose was to unveil the prevalence of sexual assault and harassment, especially in the workplace. The movement followed several sexual-abuse allegations against movie mogul Harvey Weinstein. The phrase “Me Too” was popularized by one of Weinstein’s accusers who encouraged victims of sexual harassment to tweet to “give people a sense of the magnitude of the problem”.

Threatens relations between the genders

Not surprisingly, as the movement grows it threatens to create a disruption in the relationship between men and women not only in the workplace, but the general society. Some men see the movement as one with women (Me Too) using it as a mechanism to get back at men (You Too) who crossed their paths in former years.

In Biden’s case, men and women are alarmed at the accusations which doesn’t come nowhere near sexual misbehavior, but rather made these women uncomfortable.

What does uncomfortable means?

What exactly does uncomfortable mean? Does it mean  feeling nervous, tense, threatened, or stifled, when someone of the opposite sex come close? Do men also feel uncomfortable when a woman, without his bidding, comes too close, wanting to get a sniff of his after-shave lotion, or cologne?

There is a role

It must be said, hastily, there’s a role for a movement that militates against sexual misbehavior by men. From time immemorial, women, without their consent, have been targeted for sexual satisfaction by men. Women have been victimized in getting jobs; promotions on the corporate ladder; salary increases and subject to unfair and discriminatory practices because of trying to preserve their morality.

Moreover, many women, assuming a man is a trusted friend, have been traumatized when that man turns out to be a sexual predator, attempting to engage in unwanted sexual encounters.

Such behavior cannot be condoned against any woman. The rights of women including the right not to be misused sexually, must be respected. That’s not even debatable!

What is concerning, however, to men generally, is that it seems some women are emboldened since the Me Too movement began to seek vengeance against men for  past deeds

Some men wonder why, if a women believed she was sexually abused or harassed in the past, did she not report this act to relevant authorities then. With the allegations of abuse, or being made to feel uncomfortable, made when the man has attained, or poised to attain, a position of prominence or influence, it seems to some like a “gotcha” situation.

Caribbean men are particularly suspicious of the “Me Too” movement. This isn’t because they are sexually irresponsible, but because they are from a culture where the inter-relations between men and women are more open and liberal.

In the Caribbean culture men and women tend to greet each other affectionally with hugs and kisses. Caribbean events like Carnival, reggae and dance-hall parties, can  involve close, intimate, mostly mutual, interaction between men and women. Only in recent years have attempts been made by the authorities to caution men taking unwanted liberties with women during Carnival.

But Caribbean men, especially those living in the US, should be careful and mindful they behave respectfully among and with all women.

While it’s appreciated women are organizing themselves to protect themselves against male sexual misbehavior, this organization should be responsible. This organization shouldn’t, especially if allegations are unfounded or questionable, be used as weapons to derail a man’s position in society. The failure of a romantic relationship, or being left broken hearted by a man shouldn’t be reason  to plead sexual harassment or abuse.

It’s senseless to create a “Me Too”, ”You Too” divide among the genders. Men and women have to continue working, and living, together. Problems of sexual behavior should be tackled by respectful, mutual discussion and education. Unwarranted, baseless accusations are not going to improve relationships that are so important between the genders. Men and woman should strive to be “We Too” living with mutual respect, not seeking vengeance against each other.

Jamaican Women of Florida, Returns for a 6th Visit to Montego...