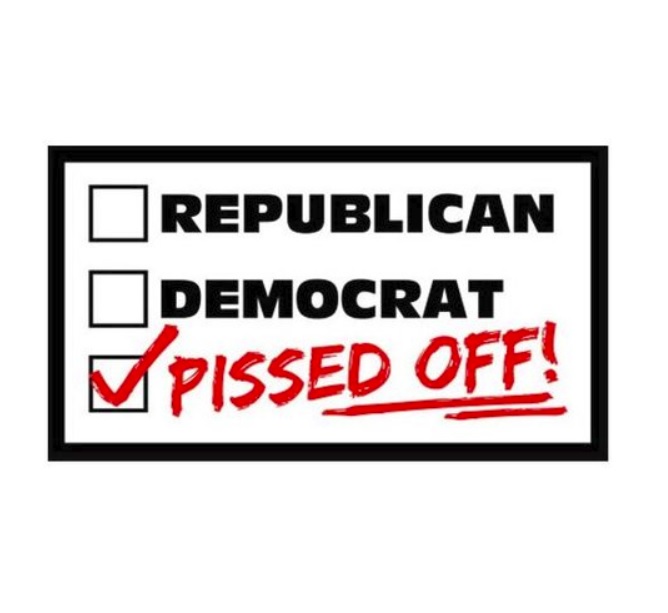 Anger can be a very depressing, suffocating, demotivating, negative and dangerous emotion. If not controlled anger will lead people to act contrary to their behavioral norms, resulting in social chaos.

Large percentage of Americans are angry

A large swath of America today is angry; expressing anger for a variety of reasons. In a recent article published by a California psychiatrist, he wrote. “The nation seems to be consumed by anger. People are going to bed, sleeping, waking up, living every day angry. What’s more concerning is some aren’t even aware they are angry until one slight incident trigger an emotional explosion from them.”

According to this psychiatrist, the source of this anger is a combination of factors, “but invariably it’s targeted at the people in charge of our communities are managed. In other words, the source and target of this growing anger is often political.”

Evidence of this anger is seen daily in the escalating bitter, divisive debates expressed across traditional media; and, more so, in the persistent vitriol expressed on social media platforms like Facebook and Twitter.

It follows if people are becoming increasingly angry, and dissatisfied, with the quality of their lives, the state of their communities, and those elected to manage these communities, they should be motivated to take action. It should follow that the more effective way of taking action is to vote in elections, like the November 6 general elections, that elect managers of these communities.

Anger over lack of affordable healthcare

Those who are angry because they and/or members of their families are sick and don’t have the financial means  to visit a doctor, or have important screening tests conducted by specialists, or can’t fill key prescriptions for  medication that will help their medical condition, must turn out to vote.

If the anger is generated by the inability to pay pressing bills because despite having a job and working long hours, people’s incomes are insufficient, and they haven’t received an increase in years, they must turn out to vote.

Parents who have grown kids who excelled at high school,  graduating with top grades, but can’t afford the high cost of college education, may very well be angry. It’s   demoralizing for parents to see their child frustrated, wanting to advance his/her education to embark on a rewarding career, but cannot act because college education is just unaffordable.  Parents who are angry because of this situation must turn out to vote.

Anger over lack of affordable housing

There are many families who are living in crowded, less than suitable residence. They yearn for more room to accommodate the expanding family. However, rental have gone up significantly and require heavy down payments. They grow angry because they feel trapped, unable to improve their living conditions. Those who feel trapped and angry, unable to afford more needed accommodation, must turn out to vote.

There are the more fortunate in the community who have been able to acquire home ownership. But, each month they find the cost of that home is increasing because of rising property taxes, and property insurance. They are growing angry because they find home ownership is becoming an unbearable burden. They should channel this anger by turning out to vote.

Senior citizens who should be enjoying the golden years of retirement are angry because after paying years of Social Security, are shocked the Social Security benefits they receive are inadequate. Their anger is fueled by no evidence of pending significant increase in these benefits. These people are not too old, or too angry to channel this anger into votes. They can even stay home, send for the ballot and mail in their vote.

Anger over threats from climate change

In South Florida, there’s increasing anger, as the natural phenomenon called Red Tide taints the quality of pristine beaches, killing fish in the ocean, and affecting the health of residents. Anger grows, as politicians refuse to accept there is growing danger to the environment from climate change. Meanwhile, each time the moon is full sea water flood coastal streets and yards.  This anger should be channeled into votes.

There are various reasons people are angry. These are various reasons why people should vote. It makes no sense for angry people to say their vote won’t change  anything. Every vote can potentially change deplorable situations; can change the quality of people’s life and their communities. Every citizen deserves to have effective elected officials.

People should turn out to vote regardless. Some may  vote to retain effective officials. But, for those who are angry because their core needs are ignored, the best remedy is: Turn out to VOTE for change.