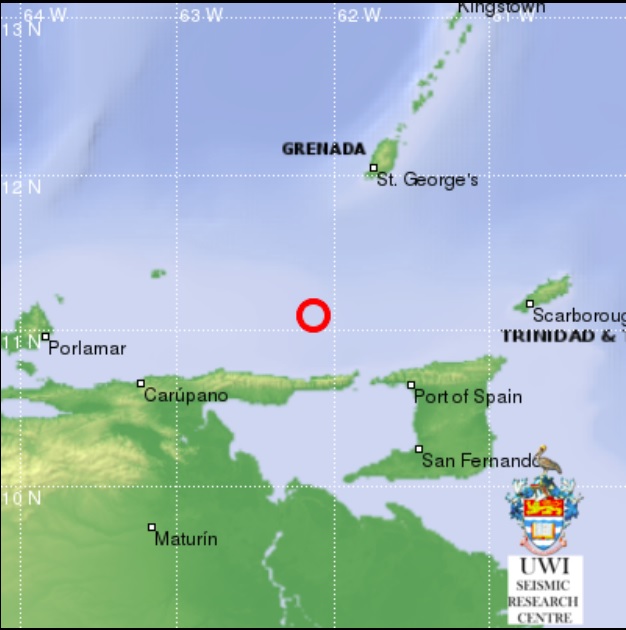 An earthquake with a magnitude of 4.9 rattled Dominica and Grenada on Tuesday night, the Trinidad-based Seismic Research Centre (SRC) of the University of the West Indies (UWI) has reported.

It said that while there were no immediate reports of injuries or destruction, the quake occurred at 9:49 pm (local time) and was felt 84 kilometres (km) north west of Port of Spain and 107 km north west of Arima.

The SRC said the quake, which had a depth of 23 km was also felt 113 km south west of St George’s in Grenada.