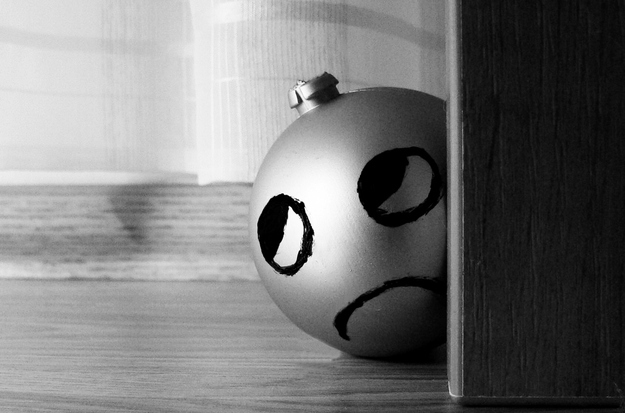 Don’t lose the merry from Christmas

It’s rapidly approaching Christmas Day. People are greeting each other with wishes for a “Merry Christmas,” instead of the customary “Have a nice day.” Noticeably, the genre of music played on the radio has changed to seasonal music with songs also wishing audiences a Merry Christmas.

However, this year to hear people speak, you listen to electronic media, read newspapers and follow social media, it’s obvious that several hovering factors are about to steal the merry out of Christmas.

Another factor is the post general election disappointment that continues to affect sections of the community. Not only are several residents disappointed that Hillary Clinton isn’t the President-elect, others are fearful, uncertain of what the future holds for them. Like first-lady Michelle Obama said in a recent interview, some people are having little reason to hope.

However, to those who are finding it difficult to be merry because of the election results, they should remember that the American Constitution provide various checks and balances. These protect the rights of all residents, including immigrants, from abuses by the governing administration. America did not relinquish its fundamentals as a Democracy on November 8. It’s important for all citizens to be aware of their rights and the channels, including through those elected to represent them in the nation’s Congress, to protect these rights. What the uncertain future requires is faith and strength, not fear and cowardice. The election results shouldn’t be a reason for people to be denied enjoying a merry Christmas.

Meanwhile, others are very disturbed by the televised images   of the suffering and carnage being wreaked on the people of the town of Aleppo in Syria. It twists the hearts of caring folks to see and hear  children crying, as bombs and gunshots explod around them, appealing to the world to rescue them. No doubt this is a grave tragedy, and it has led some to question why the US doesn’t have troops in Syria to prevent the blood bath that’s taking place there.

However, if the US had thousands of troops fighting in Syria, the nation would again be at war, losing mostly its young people in battle. Americans  suffered through the devastating news and images of what war did to the nation’s young men and women in previous wars in Viet Nam, Iraq and  Afghanistan. Thus, people should understand why President Obama was hesitant about sending  troops into Syria. This would have risked a protracted war with Syria and its allies, including Russia. The images out of Aleppo are heart wrenching, and one hopes the United Nations can broker a satisfactory solution. However, if America was involved in the Syrian civil war, there’s little doubt the cries for American troops to pull out would be loud and persistent. Understandably, the images from Aleppo trouble some people, but this should prompt earnest prayers for a quick solution and ultimate peace, as Americans celebrate Christmas in the religious spirt in which it’s meant to be celebrated.

Others say they find it difficult to be merry this Christmas as they receive persistent reports of violent crime, including domestic violence against children and women, in their American neighborhoods, and in the Caribbean. But crime is another factor that people cannot afford to cower from. Crime is a very unpleasant component of the villages we call our communities. These villages have to stand bravely, and support the authorities, including law enforcement, in combatting this scourge. We must be our brother’s keeper in the fight against crime and usual associate, poverty. It’s far from being an easy task, but one of the gifts people should grasp from Christmas this year is the gift of determination to combat crime of all sorts. Crime shouldn’t get the better of the community and, along with robbing material wealth and lives, also rob the community’s joy.

There are several other factors including; persistent illnesses, financial challenges, loss of loved ones, failed relationships, that may threaten to rob some people of the merry in Christmas. However, what Christmas brings for most people is the support and fellowship of family. Being a member of a close family unit especially at an iconic religious commemoration like Christmas usually serve counter to the factors that threaten to rob people of their joy, or take the merry out of Christmas.

There are usually common antidotes to the threats  which take the merry from Christmas, and joys from life. These antidotes are, strength, courage, and faith.

This Christmas along with peace and love,  the National Weekly would like to wish our readers and advertisers strength, courage and faith, and yes, Merry Christmas.