Donnie McClurkin performs at the Best Dressed Fun in the Son 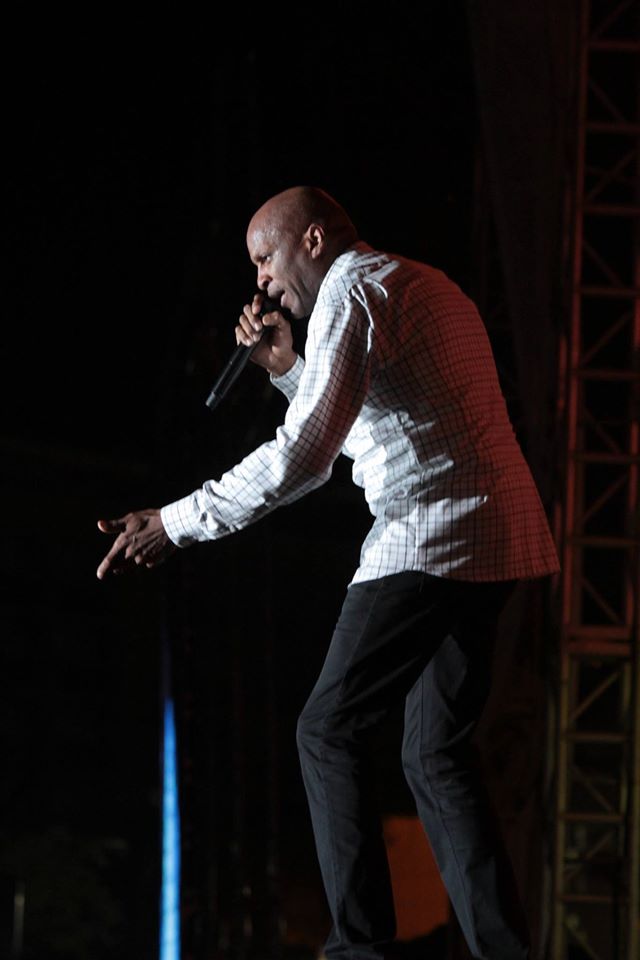 Best Dressed Fun in the Son Concert and Festival

Donnie McClurkin lived up to his reputation showing visitors why he is a three time Grammy Award winner. Concertgoers at the 13th staging of The Best Dressed Fun in the Son concert held at National Heroes Park Saturday, greeted McClurkin with excitement and anticipation.

The event, sponsored by Jamaica Broilers and produced by Glory Music, had more than 60,000 people in attendance and hanging on to the musicians every word. The mission of the organization is to win the next generation for Jesus Christ, and to provide opportunities for anointed ministers to convey the unadulterated message of the gospel through their God-given talents.

McClurkin’s set began with the track “I Came For Deliverance” and “Speak To My Heart.” He then went into a Jesus-themed medley which included “Jesus” and “Oh How I Love Jesus.” Praise and worship is what McClurkin is known for and it is what he brought to the people in great abundance. Bringing the crowd what they wanted and bringing down the house was an understatement to his performance as he belted out “Holy, Only You Are Holy,” and “How Great is Our God.” Not getting enough of the American musical talent, the crowd cheered and chanted for more screaming, “We want Donnie!” getting him to return to close out with his song “Stand.”

The power house performing who has said he wanted to stop making music to concentrate fully on his passion for ministering, has shown us once again that it is very clear that he could never really stay away from recording the uplifting and soulful music. Not with comments like the now from a concert attendee, Lisa-Gaye Russell, who came particularly to see McClurkin, saying she was satisfied with his set.

“Donnie delivered very well! I wish he was on the stage all night!” she said.

Judith Gayle who was introduced by McClurkin, was a worthy addition to the stage and had the crowd singing along with familiar hits. Carlene Davis, Jamaican gospel and reggae singer since the 70s performed an hour-long set which included several memorable moments and was followed by Papa San who closed the show. The Reggae Dancehall Gospel artist shared his view on why dancehall is a significant addition to Gospel music saying,

“Dancehall is really just a branch off of the Reggae tree. It was first called toasting in the early ’70’s when artists, who became referred to as DJs, began to put lyrics more to rhythms than melodies. It was built less off the keyboard and more from a hard-core beat.”