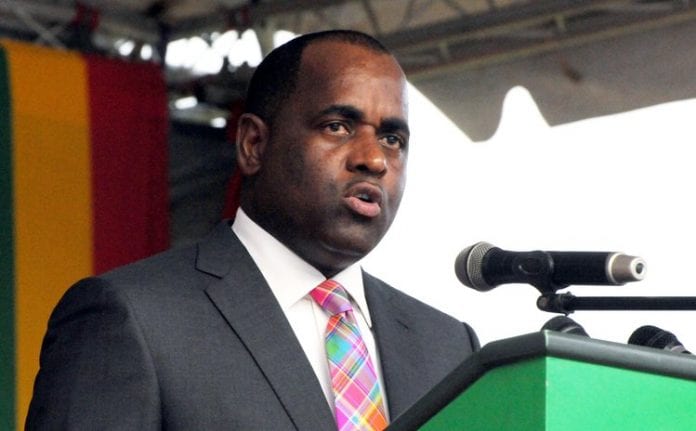 ROSEAU, Dominica, CMC – Prime Minister Roosevelt Skerrit is urging Dominican voters residing in the French-island of Guadeloupe to vote in the upcoming general elections, even as the campaign continues for electoral reform ahead of the polls.

Speaking at a public meeting in the French-island on Sunday night, Skerrit, who is seeking to lead his ruling Dominica Labour Party (DLP) into a fifth consecutive victory in the general election, said that Dominicans whose names are on the voters list should disregard attempts to prevent them from returning him to cast their ballots.

“I am saying to you once your name is on the voters list you can vote in the elections in Dominica and nobody can stop you from doing that,” Skerrit told the public meeting.

“The welfare and well-being of your children, and their parents and grandparents and their family in Dominica. That’s what it is and those of you who are not on the voters list, call your family back home and let them know that the only choice in this elections is Roosevelt Skerrit and the Dominica labour Party (DLP), said Skerrit, who has promised that the poll will be held “within the next 100 days”,.

But as he campaigned in the French island, the Concerned Citizens Movement (CCM) staged another rally in the capital, demanding electoral reform ahead of the elections.

The CCM has been critical of the government’s rejection of recommendations made by a Joint CARICOM-OAS-Commonwealth Special Mission that looked at the electoral system here at the invitation of the government in August.

The CCM is calling for voter ID Cards and the cleansing of the voters’ list before the next general election and former attorney general, Henry Dyer, who addressed the rally, said “we want free and fair elections in Dominica.

“That’s what we want and the only way we can get free and fair election in my view now, is if we have electoral reform. And we are not asking for all electoral reform, we are asking…asking for three, one cleaning the list, two issuing voter ID cards and in my view the third one, we want access to DBS the national radio station”.

Former government press secretary Sean Douglas urged opposition parties not to participate in the elections “unless there are sweeping forms for the electoral system.

“It would be a sham to participate in an election without voter ID card, without a cleansing of the voters list, without equal access to state media and without starting the process for the enactment of campaign finance regulation,” he said.

The main opposition United Workers Party (UWP) has been critical of Dominicans residing overseas being brought back here to vote in previous general elections and has also supported moves for electoral reform.