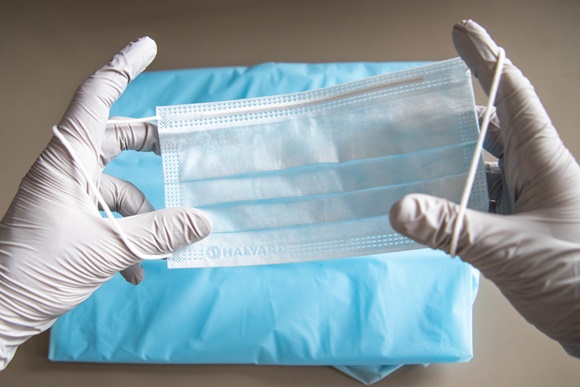 The Dominica government has announced plans for the compulsory wearing of masks as the island reported 28 new active cases of the coronavirus (COVID-19) bringing the total number of confirmed cases to 63.

“As of now there is no evidence of mass exposure to COVID-19 and it is very unlikely that there has been any community transmission. Our community-based surveillance will continue in the coming days, we look forward to completing the community testing in the other three out districts, we also plan to visit the hot zone again and to test our high-risk folks,” epidemiologist, Dr. Shaloudin Ahmed told a Ministry of Health news conference.

He told reporters that from the cluster that occurred in the western coast of the island last week, health authorities have identified two additional cases from the family members on the second PCR test.

Meanwhile, Attorney general, Levi Peter said that Cabinet had approved amendments to the existing regulations and protocols to make it mandatory, the wearing of masks in public places as of next week.

“It is quite an extensive requirement to wear a face mask or face covering and the public is urged to comply and cooperate. The intention is for there not to be any widespread use of enforcement, the hope is as the majority of people have been doing up to now that people will recognise the need to wear masks or face coverings for their own personal safety but also to ensuring as much as possible, reducing the opportunities for the spread of the virus.”

Peter said that the authorities have also decided t that there would be a prohibition on ‘any large public gathering except in relation to religious institutions and schools.

“ A large gathering in this context is defined as a gathering of 200 or more persons,” he said, adding that persons, which to hold any gathering of more than 50 people will now have to apply to the Police Commissioner for permission to do so.