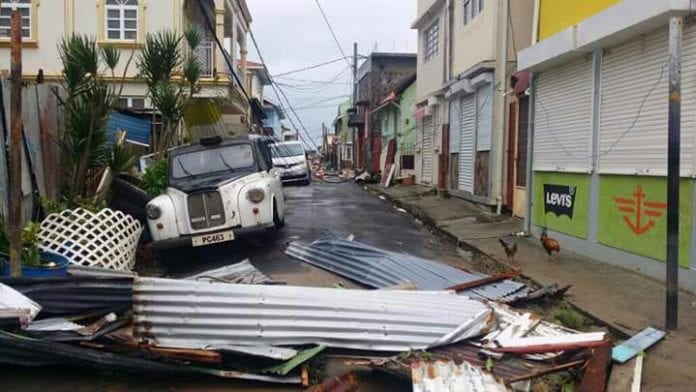 A state of emergency has been declared in Dominica following the devastation caused by Hurricane Maria.

In a statement on Wednesday, Prime Minister Roosevelt Skerrit said the Commonwealth of Dominica is still isolated with no means of communications and transportation connections to the neighboring islands.

Skerrit said the French government is sending a helicopter to the devastated country to provide assistance and facilitate the evaluation of the situation.

The Prime Minister said with recovery now underway he has declared a state of emergency and a curfew from 4pm to 8am daily.

In the aftermath of the hurricane, seven persons have been confirmed dead.

“It’s difficult to determine the level of fatalities but so far seven are confirmed, as a direct result of the hurricane. That figure, the Prime Minister fears, will rise as he wades his way into the rural communities today – Wednesday,” said Hartley Henry, the Prime Minister’s principal advisor.

On Tuesday, the executive director of the Barbados based Caribbean Disaster Emergency Management Agency (CDEMA) Ronald Jackson said that based on historical knowledge of Dominica and the fact that the eye of storm swept across the island from southeast to northwest, there would be “billions of dollars” in damage, with virtually every one of the estimated 70,000 population directly or indirectly impacted.