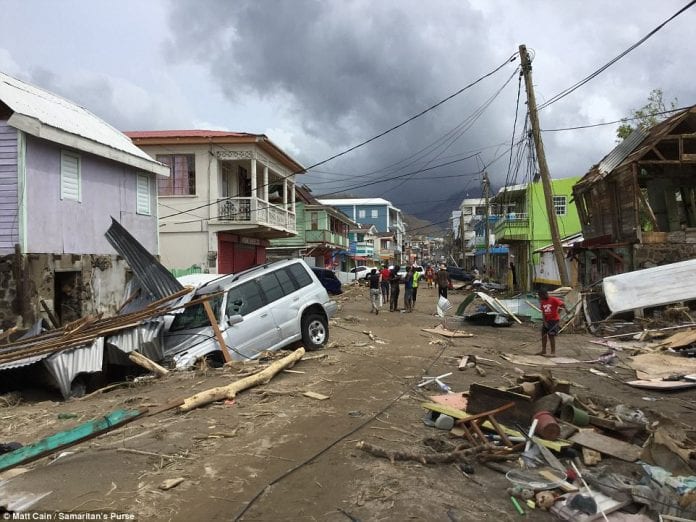 Dominica is marking the third anniversary of the passage of the Hurricane Maria on Friday with religious ceremonies and Prime Minister Roosevelt Skerrit saying the capacity to rebuild is one of the major lessons learnt as a result of the destruction caused by the category five hurricane.

Maria had slammed into the island on September 18, 2017, with winds in excess of 150 miles per hour, killing at least 30 people, causing widespread destruction estimated at US$1.3 billion.

“It is clear people had given up hope, people were in a state of shock, people had lost everything they had worked for, many had resigned to the fact that this was it, there was no way they were going to rebound or the country would bounce back,” Skerrit said on the state-owned DBS radio on Friday.

“I myself being the Prime Minister of the country recognised the enormous task, the enormity of the task which I had to confront. The country completely crushed to the ground and where do you start and immediately we started strategizing and how we should move forward.

Community Development Minister, Rosalind Paul said the strides made by the island after the hurricane over the past three years are remarkable.

“Right now when we reflect, when we remember and when we see where we are right now moving from a number of homeless people to people even having improved homes, bridges we had to rebuild…and when you pass around Dominica, you hardly see any evidence that we had experienced Hurricane Maria, we have to be very very thankful…we need to put on our lips every day, two little words, praise God”.

The island is staging an “Hour of Remembrance” marking the third anniversary.

“The government of Dominica continues to remember the goodness of God in persevering us from the ravages of Hurricane Maria, as we are reminded of its passage three years ago. As a mark of reflection and gratitude, the government in partnership with all religious leaders will host a one hour of reflection in praises to God and in remembrance of all Dominicans who have passed,” said Minister of Governance, Greta Roberts.