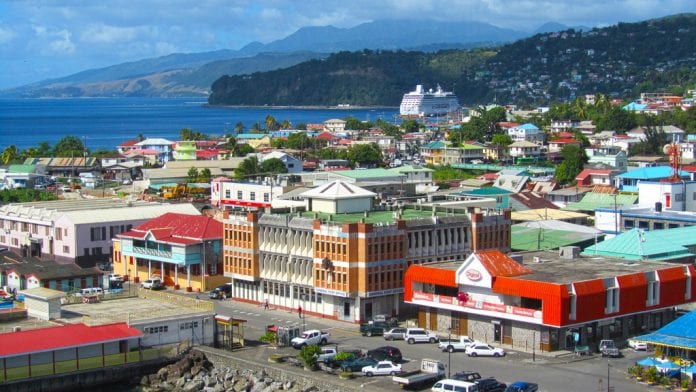 ROSEAU, Dominica – Three years after Hurricane Maria swept through the island, destroying most of its infrastructure, Dominicans are still without full telecommunication services.

“Some areas of Dominica have not been connected and in my respectful view that is unacceptable. They have been arguments that the return on the investment may not be there, meaning that the operators may not make back their money as fast as they would like,’ said, Oscar George, the Minister of State in the Office of the Prime Minister with responsibility for Telecommunications and Broadcasting.

Speaking on the weekly radio and television programme hosted by Prime Minister Roosevelt Skerrit on Sunday night, George said that while the telecommunication operators have been putting rolling out their services, “the question is why they are going so slow?

He is also questioning why the services have not been restored islandwide and in the meantime, the government is seeking legal advice from the Eastern Caribbean Telecommunications Authority (ECTEL).

He told the programme that new legislation regarding the use of mobile data is also under consideration.

“We have made representation to ECTEL in that regard and it all stems from the licence the operators have to operate in Dominica. Some of the obligations of the operators are that they provide internet access to the entire island and also that they don’t discriminate and what I mean by that is price you charge a customer on the west coast for broadband should not differ from what you charge someone on the east coast.

“They may say that it costs more to get to the east coast because of the terrain and so on, but that’s what the licence stipulates and so we are now seeking legal advice from ECTEL on that and as soon as we get that recommendation I will be in a position to make a decision as to how we treat this”.

George said that the mobile data is very important given the number of daily complains about the situation.

He said many customers complain that after purchasing a seven day plan, four days later “the data has been exhausted and that is a serious concern”.

He said that the National Telecommunications Regulatory Commission (NCRT) had undertaken a “comprehensive study” on the data issue and “one of the recommendations coming from that study is that we review the current tariff regulations and this is also at ECTEL and recommendations will be expected very soon and we will seek to or amend new legislation to control the tariff or to make it a fairer rate for our customers”.

Dominica is served by the British telecommunications company, FLOW and the Irish-owned, Digicel as well as the locally owned epic.net.