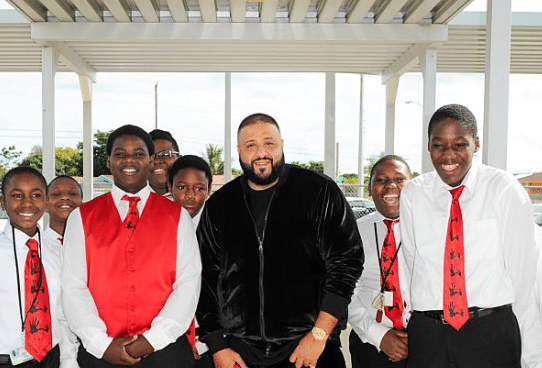 The school improved its attendance rate eight percent – more than any of the other 98 middle and high schools around country that participated in the competition.

DJ Khaled, a Miami-based multi-platinum music producer and Miami Gardens restaurateur, served as the Celebrity Principal for the event.  Mayor Oliver Gilbert III declared it “DJ Khaled Day” to recognize the importance of his civic leadership in Miami Gardens. Well known for his social media advice, Khaled also shared some words of wisdom with the students – just like he does when he offers his “major keys to success” to his more than two million followers on Snapchat.

“Learning matters.  Showing up matters.  The key is to do it every day,” Khaled said.  “Carol City Middle School students did just that and that’s why we are here today.”

During the Challenge, a group of six Student Ambassadors at Carol City Middle School rallied their classmates to improve the attendance rate and kept everyone engaged in learning through online education games.

“Carol City Middle School boosted their attendance by an incredible eight percent and demonstrated to Miami and the country what is possible when students, schools and partners work together, “ said Marie Groark, Executive Director of Get Schooled. “We are excited to recognize their hard work and success.”

Thirty-five middle and high schools from Miami-Dade County Public Schools participated in the National Get Schooled Challenge as part of i-Attend, the district’s own initiative to fight absenteeism. More than 75 percent of the Miami-Dade schools in the Challenge improved their attendance rate, averaging a 1.6 percent increase.  Nationally, over half of all participating schools reported an increase in attendance.