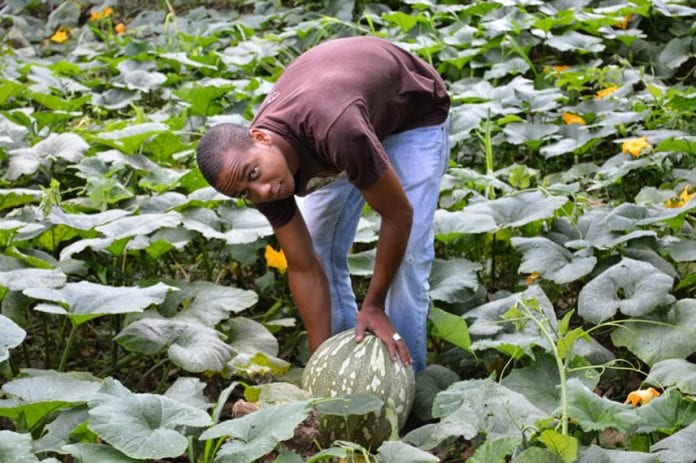 The Jamaica Diaspora Agriculture Task Force is working with Jamaican farmers in a number of initiatives aimed at promoting sustainable organic farming.

The task force has been on a mission to enable the country’s farmers to capitalize on an increasing demand for organic foods in the United States. Its objective is to ensuring the proper training, technology and financing options are available in keeping in line with the Jamaican government’s economic growth agenda.

Outgoing head of the task force and member of the USA West/Midwest region, Kim West, said the possibilities for Jamaican farmers are endless. She offered that some US$80 billion is spent on organic products annually in the US.

She said they were not enough producers in the US to meet the increasing demand.

The task force is dedicated to adding value to the Jamaican economy. Agriculture is one of the best ways to achieve this goal she said.

“The task force involves people who love farming and see the value in farming, especially with the growing organic market in the United States. Promoting organic, sustainable farming in Jamaica and getting these products in the States is a good investment,” she told the Jamaica Information Service.

The Jamaican Diaspora Agriculture Task Force was formally launched during the current Jamaica 55 Diaspora Conference in Kingston. Come September, Jamaican farmers can apply for financial assistance. All applications will be vetted and the winning projects will be awarded with financial help.

This program will be initiated every three months.

The Task Force has also partnered with the Jamaica Agricultural Society and will be present at the upcoming Denbigh Agricultural Show in Clarendon next month.