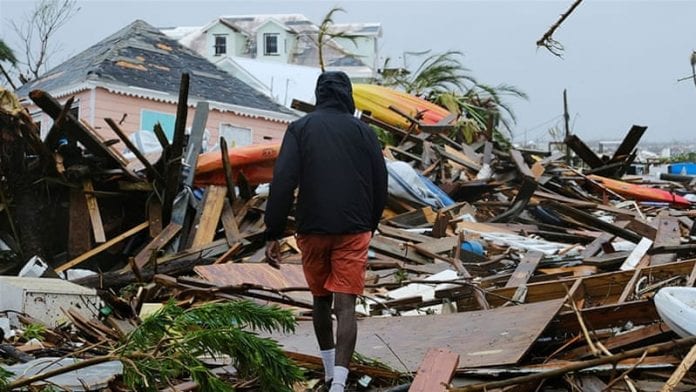 However, the Health Minister once again projected that the final count will be staggering and also revealed that additional morticians are being flown into Abaco and Grand Bahama to embalm the bodies.

“Make no bones about it, the numbers are going to be far higher than 23. It is going to be significantly higher than that,” said Sands during an interview on local radio.

He also said that the government will bring in additional refrigerated coolers to properly store the dead.

“It’s just a matter of retrieving those bodies and making sure we understand how they died. It may seem as if we are splitting hairs.

In making reference to the death toll, Sands said: “It is way more than that….there are only particular people that can declare persons dead. And until such persons are declared dead, they cannot be recorded as an official death.”

“Let me say that I believe the number will be staggering,” he added.

In addition to bringing in morticians, Sands said the government will also have to bring in additional refrigerated coolers to store the dead as the government does not have the capacity to deal with this “health crisis”.

The Health Minister revealed that he has called on the director of the World Health Organization, among other organizations, for help.

“We will have three additional mini hospitals brought to both Abaco and Grand Bahama.”

According to Sands, 50 additional doctors will be brought in to provide acute, long term and psychological care of those affected by the storm.