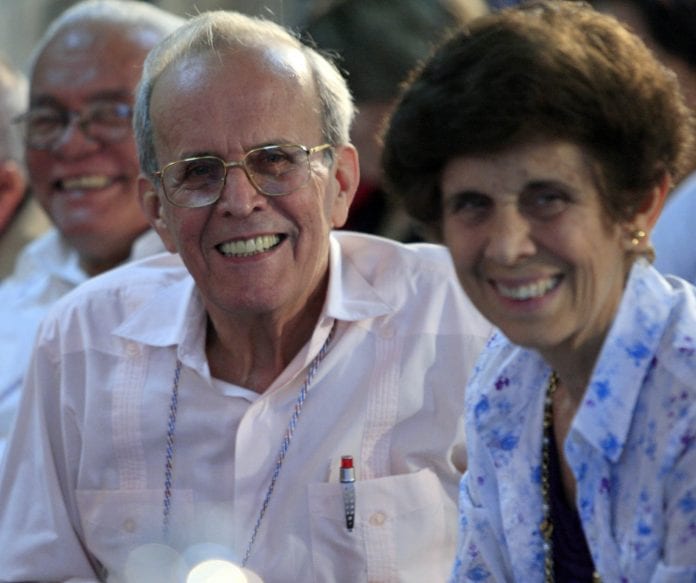 Ricardo Alarcon, a former Cuban ambassador to the United Nations, Foreign Minister and president of Cuban National Assembly recently paid tribute to Guyana, Trinidad and Tobago, Barbados and Jamaica. The tribute related to the bold move taken by these nations in 1972   to establish diplomatic relations with Cuba at a time when the United States sought to isolate the Fidel Castro administration.

Alarcon who in 1972 was involved in the negotiations with the four CARICOM countries, described the process as straightforward, reflecting the commitment of the political will of then Prime Ministers Forbes Burnham, Guyana, Dr. Eric Williams, Trinidad & Tobago, Errol Barrow, Barbados, and Michael Manley, Jamaica.

Alarcon told guests was speaking at a reception hosted by Guyana’s ambassador to Cuba, Halim Majeed at his residence, commemorating the 44th anniversary -December 8- of the establishment of diplomatic relations between Cuba and the four nations.

“The objective of the Americans back then was to isolate Cuba especially in Latin America and the Caribbean. So, it was a courageous move on the part of the Caribbean prime ministers of that era. Cuba thought the negotiations for establishing diplomatic relations with these countries would be much more difficult but it turned out to be quite straightforward,” Alarcon said.

He said the steps taken by the four countries paved the way for other CARICOM countries to follow once they too gained independence. He acknowledged that over the years Cuba and the CARICOM region have enjoyed a great relationship which includes continuous support for Cuba in international fora.

Ambassador Majeed highlighted the assistance which CARICOM member states continue to receive from Cuba by way of medical personnel including doctors, scholarships and technical assistance in agriculture, education and culture. He said Guyana and other CARICOM countries have recently intensified efforts to expand their commercial relations through trade and investment with and in Cuba.

The keynote address at the reception was delivered by Secretary General of the Association of Caribbean States (ACS) Ambassador June Soomer. Other speakers included the ambassadors to Cuba from St. Vincent and the Grenadines, Surinam, Belize and Grenada along with Professor Jessica Byron-Reid, director of the Institute of International Relations (IIR) of the University of the West Indies (UWI) ,and Capt. Gerry Gouveia representing the Guyana Private Sector Commission(PSC).