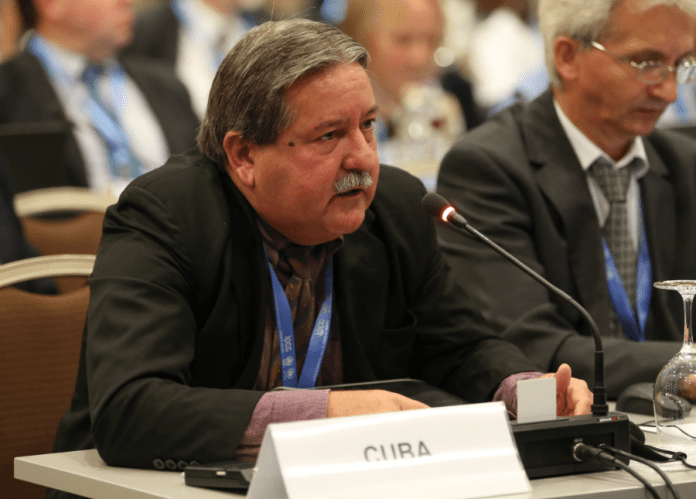 The government of Cuba has signed a cooperation agreement with France to increase the island’s capacity to monitor air quality.

Earlier this week, representatives from Cuba’s Meteorology Institute of the Ministry of Science, Technology and Environment signed a letter of intention with the French Environment S.A. Company that will be responsible with the construction and production of the equipment linked with atmospheric contamination.

The instrument will begin cooperation which will ease the agreement in locating equipment in Cuba for an experimental phase said Celso Pazos, general director of Cuba’s Meteorology Institute.

Pazos explained that the French company will offer the equipment and the technical counseling and Cuba will play its role by have equipment installed in the Institution and the national meteorological service.

An academic exercise will also be done between both parties with the objective of analyzing the feasibility of later increasing the equipment in Cuba to monitor air quality.

According to Pazos the importance of the agreement is related with the Cuban government’s political will to protect the environment.

He noted that although Cuba’s contribution to global warming is low, the island is focused on reducing emissions and controlling contamination.

He said the agreement is an important step as it will increase the island’s capacity in measuring the quality of air and take steps in favor of reducing contamination.