Could Trump be the president that pardons Marcus Garvey? 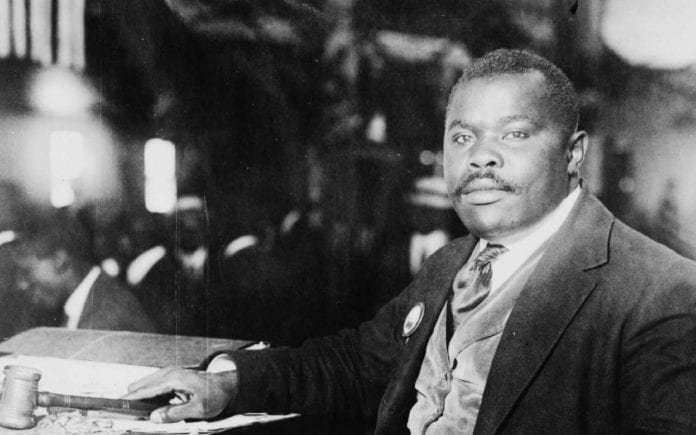 Just days after Jamaicans and the Diaspora celebrated the 131st birthday of the island’s first national hero, Marcus Mosiah Garvey,   another attempt could be made for the United States government to grant him a presidential pardon.

Garvey, an immigrant from Jamaica, who founded the Universal Negro Improvement Association before arriving in the United States in 1916, was convicted in 1923 on charges of mail fraud.

In the past, efforts have been made to have him pardoned, but the petitions have all been denied. These efforts included appeals to former President Barack Obama and hopes were high that he would have granted Garvey a pardon in the days before he left office in 2017.

There are indications the Washington, D.C.-based Institute for Caribbean Studies (ICS) has resurrected the notion of a presidential pardon.

The Institute’s think-tank is in now in the process of conducting a poll on whether President Donald Trump should pardon Garvey.

In a recent message posted on its website, the ICS gave visitors  two options regarding the proposed pardon.

Over the years, several US based Caribbean organizations, including the ICS, have campaigned to exonerate Garvey.

In 2016 ICS founder and president Dr. Claire Nelson was quoted as saying that this “wrong” has “Long been a thorn in the side of people of African descent and especially Caribbean Americans”.

The following year, 2017, Caribbean American Congresswoman Yvette D. Clarke, also took on the mantle, along with 17 other members of the House of Representatives, and called on the outgoing President Obama to posthumously pardon Garvey.

In one of his final acts before leaving office, Obama issued hundreds of pardons, but did not act on a petition to pardon the legendary black nationalist movement leader.

Disappointed Obama did not offer pardon

Needless to say, when the pardon was not granted, Clarke and others, including Garvey’s son, Dr. Julian Garvey, expressed disappointment with Obama’s non-action and pledged to continue the quest to clear his father’s name.

Meanwhile, as the ICS contemplates the petition, the Jamaican government has launched another initiative to honor Garvey.

Grange said the property will be used to establish a living history museum in honor of Garvey. Noting that there are concerns the Government would evict the current residents, Grange said the administration will offer the resident alternative accommodation  and cash as compensation.

“I assure the families there, and the rest of Jamaica, that we will not be moving them off the property and leaving them without making other arrangements for them to live in comfortably.”

The culture minister said the Government has been proposing to acquire the house since 2011 when the former Prime Minister Bruce Golding broke ground for the construction of the museum at the site.

The compulsory acquisition of the property follows years of negotiation with the occupants to clear the way for the project which has stalled since 2011.

“We will relocate the families;…..But it cannot continue like this; we must act,” said Grange who said “the house is deteriorating, the conditions are not good. It’s bad for the image of Marcus Garvey and Jamaica to have the property deteriorate.”

Garvey, who was deported to Jamaica from the US in 1927, later re-migrated to England where he  died in 1940. In 1964, the Jamaican government was instrumental in having his body exhumed and returned to Jamaica where it was interred in the Marcus Garvey Memorial at the National Heroes Park. That year, the Jamaican government conferred him with the Order of National Hero, the first Jamaican to receive the honor.

When CNW asked Ras Daniel Knowles, an avowed Garveyite of Perrine, South Miami-Dade, if he thinks Trump would pardon Garvey if asked, he shook his head, stroke his beard, responding “Jah know. That would be the irony of ironies. But Jah perform in amazement and wonders from time to time.”