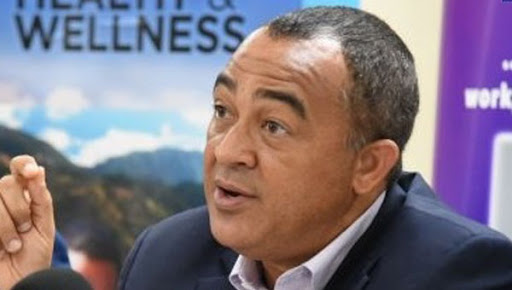 KINGSTON, Jamaica – Health and Wellness Minister Dr Christopher Tufton says he has instructed his attorneys “to use all available legal steps” to ensure the prosecution of those responsible for spreading “vile, filthy and scandalous” allegations on social media about him.

Since this week, allegations have made rounds on social media regarding the health minister’s marriage and other personal relationships. He is rumoured to have a close, intimate relationship with a director from a local marketing agency, which has benefited from several ministry contracts.

Tufton, who has also indicated that the matter had been reported to the Counter Terrorism and Organised Crime Division (C-TOC) of the Jamaica Constabulary Force, said that he had also asked his lawyers to “ensure the prosecution of these cyber criminals and, in any event, to seek recourse in the civil courts as and when their identities are ascertained”.

In his statement, Tufton said that he realises “that part of the motivation for these attacks have to do with my public office, but I will not be deterred in doing my job to the best of my ability and in service of my country”.

Tufton’s statement cfollowed a release by the main opposition People’s National Party (PNP) demanding that he answer questions surrounding his and the ministry’s dealings with public relations and marketing company, Market Me Jamaica.

Opposition spokesman on health, Dr Morais Guy said Tufton needed to answer the allegations which hint at ties with the company and the COVID-19 advertising campaign. He said the minister should clarify the nature of the relationship between himself, the principal of the company, and any contracts between the ministry and the company.

The opposition spokesman said that if there is any truth to the allegations, then an investigation should be triggered to determine whether Tufton used his position to steer or influence the award of contracts to the company.

But in his statement, Tudton said the flood of allegations and innuendos on social media were aimed at besmirching and tainting his good name and reputation.

“These disgusting, vicious and false attributions made under the cover of social media have caused great pain and suffering and are clearly aimed at damaging my career as well as causing emotional distress,” Tufton added.