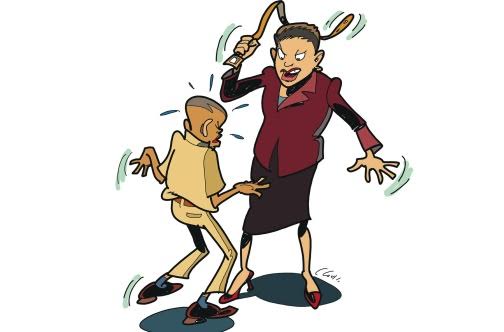 Last week a video went viral of a half-naked woman holding and violently beating a young girl with a machete. Reports out of Jamaica later informed the incident took place in St. Thomas Jamaica, and the woman was a mother was beating her 12-year old daughter. The mother was arrested on child abuse charges, which occurred months earlier, after the video aired.

The video has created much controversy. Some people side with the mother for disciplining, a young woman who admitted to having behavioral “attitude.” Others agree the woman should have been arrested.

What the images of this video does indicate are two very serious problems, child abuse and poverty, existing not only in Jamaica, but several societies these days.

Very few can condone the nature of the beaten the young girl received. However, the Jamaican culture condones parents or guardians beating children for being disobedient, or misbehaving. Usually children are beaten with belts or whips, not machetes.  Beating a child with a machete which could have slipped and caused grave injury is ultra-excessive and cruel.

Second generation Jamaicans who were born and raised in the US may be unable to relate to a Jamaican culture where beating of a child is acceptable norm. In the US to beat one’s child, even in the privacy of one’s home, is an illegal infraction, child abuse, which can result in a prison sentence.

Older Jamaicans who were accustomed to beatings from their parents, or even teachers while attending Jamaican schools,  attest to having welcomed these whippings now they are adults. Often, these older Jamaicans express being ”thankful” for these  beatings made them more disciplined and responsible adults.

Frowned upon as child abuse

However, as Jamaica continues to be influenced by American  behavioral patterns, beatings of children, whether in the home or school, is being frowned upon as child abuse.

But beatings like which the woman in the referred video gave her child is indicative of a deep sociological problem in poor Jamaican communities.

Studies have indicated that domestic and child abuse in Jamaica is more prevalent in poorer urban and rural communities.

In these communities, unemployment is high, and so is frustration born out of financial need.

Usually, the more prevalent activity among people in these poor communities is sexual intercourse. This results in a preponderance of unwanted pregnancies, especially among, young women. In most cases these women are deserted by their baby fathers, left to raise children on their own, without steady incomes. Also, it isn’t unusual for a woman with a child or children, to turn to another man seeking financial support only to end up being pregnant for that man who also deserts her, and the cycle keeps rotating.

The mother in the video has four other children. Reports, and images from the video, portrays a poor struggling family. It’s not sure if the mother is working but an unemployed adult daughter  said the mother struggles to feed her family, often going without food herself. This type of poverty, where women struggle day-to-day to feed their children is the source of great frustration. It’s the type of frustration which a mother, or father, takes out on their children violently for the slightest infraction. It’s also the type of frustration that poor, unemployed men, unable to provide for their family, take out on their woman violently.

Arresting women who commit child abuse may be a fitting punishment, but does not solve their frustration emanating from poverty. Counseling in parental skills may also help in the very short term, but will prove a waste of time when these women go back to their life of poverty unable to adequately provide for their children.

This woman action of beating her child so viciously with a machete was a cry for help, a cry that is representative of thousands of poor, frustrated mothers.

The solution is not easy to find. It’s the responsible of governments, to alleviate the poverty that generates the type of frustration that can result in mothers seriously abusing their children. But how can a government solve this problem, when its resources continue to be limited, while poverty is increasing? Nonetheless, if child abuse and domestic abuse is to be averted, the entire society, not just the government, must find solutions, somehow.

All cases such as this are handled in Jamaica by the Child Development Agency, which is under the purview of the Ministry of Education, Youth and Information.