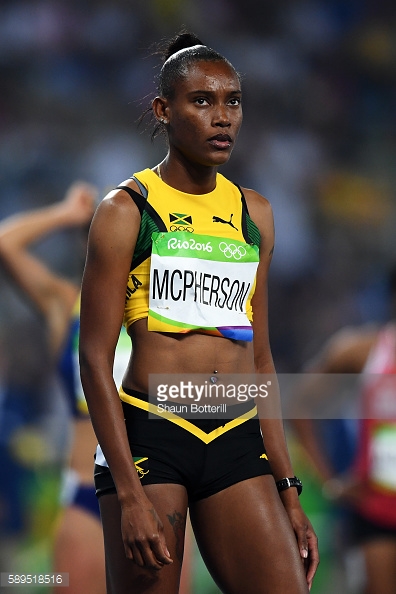 Two members of the Jamaican female mile-relay team were embroiled in a bitter altercation minutes before the women from the Caribbean suited up to take part in the final event for women at the London World Championships on Sunday.

The altercation was revealed by Jamaica’s technical leader at the 2017 IAAF World Championship in London, Donald Quarrie.

Quarrie was speaking during an interview on Jamaican TV, after the finals of women 4 x 400 meters. He said he had to intervene to prevent a cat fight between Shericka Jackson and Stephenie Ann McPherson, two members of the MVP Track Club and the relay team.

Quarrie, himself an Olympic gold and silver medalist, explained that after he intervened, McPherson was adamant she would not run in the relay with Williams. Although athletes and team officials tried to get McPherson to compete, Quarrie said shortly after the altercation he was advised McPherson had pulled out of the relay final team because of injury. This was minutes before the race.

Due to McPherson’s refusal to compete, Quarrie said Anneisha McLaughlin-Whilby was brought into the team as her replacement.

McLaughlin-Whilby, on the second leg, pulled up with an injury shortly after receiving the baton from Chrisann Gordon. Jamaica failed to finish the race to end the World Championships on a very disappointing note. It was speculated the injury the athlete suffered resulted from insufficient time to adequately warm up having been summoned to compete at short notice.

After the race, which was won by the marauding Americans, The Jamaican team scowled as they walked past reporters who wanted to interview them.

The disappointing showing by the Jamaicans at the London World Championships prompted swiss response on Twitter. Many Jamaicans posted tweets asking for an investigation into the Jamaican team’s management and the lack luster performance of the athletes at the games. Unlike the 2015 World Championships in Beijing China were Jamaica won 12 medals. Including 7 gold medals, in London the team won only 4 medals, including one gold.