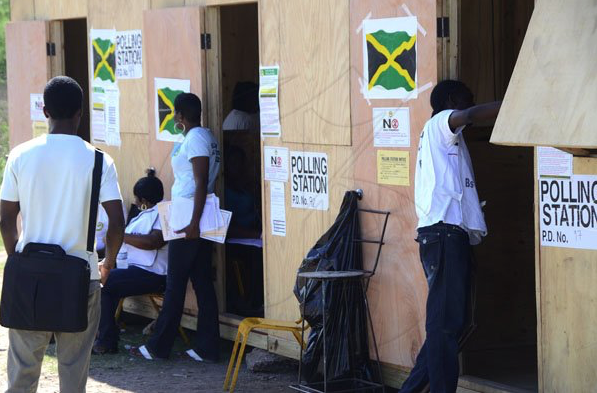 Elections were “free and fair”

The Organization of American States, and the CARICOM election observation mission gave their approval of last Thursday’s general elections in Jamaica.

“We believe it was free and fair…it was credible… the mission’s general assessment of the day’s activities is that the voters were able to cast their ballots without intimidation or harassment,” said Tamai.

“Adequate security was in place at all locations with the officers displaying a very professional approach which contributed to the level of calm which accompanied the day’s activities,” said Tamal.

“The mission’s general assessment of the day’s activities is that the voters were able to cast their ballots without intimidation or harassment, and that the results of the general election of 25 February reflected the will of the people of Jamaica and reinforced their commitment to the democratic process.”

She was speaking at a press conference held at the Jamaica Pegasus Hotel in New Kingston on Friday to present the mission’s assessment of the election held on Thursday.

According to the preliminary results, the main opposition Jamaica Labour Party (JLP) won 32 of the 63 seats contested with the remainder going to the People’s National Party (PNP) that was seeking to repeat the 2011 victory.

Tamil said the full report will be submitted to Caricom Secretary General Irwin LaRocque and would include the findings of the mission and its recommendations and “suggestions for continued strengthening of the electoral process in Jamaica”.