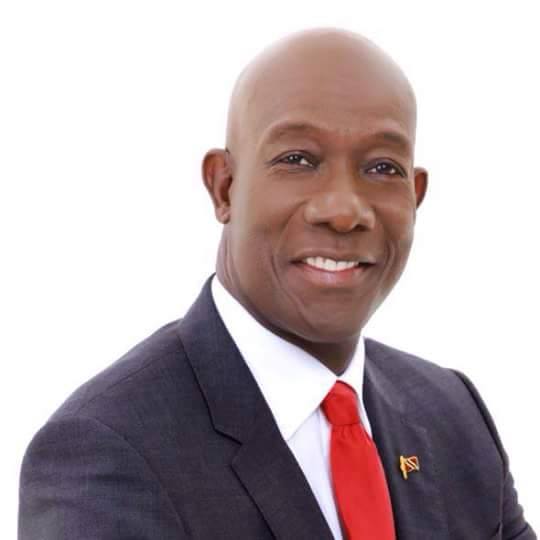 A popular Caribbean magazine has named Trinidad and Tobago Prime Minister Dr. Keith Rowley as its “Person of the Year.”

The Brooklyn-based Everybody’s magazine that is published and owned by Grenadian-born Herman Hall, said Rowley, who led the People’s National Movement (PNM) to victory, on September 7, by winning 23 of 41 parliamentary seats, “was the year’s most influential news maker in the Caribbean.

“All eyes were on him and the Trinidad and Tobago electorate,”  the people of Trinidad and Tobago, regardless of political affiliation, deserve high praise for dignifying themselves in the keenly-contested election,” the article said.

“We, Americans, as we prepare for the 2016 presidential primaries and national election need to copy a page from Trinbagonians,” it added. “We thank our readers and social media friends for helping us to declare Prime Minister Rowley as Everybody’s Person of the Year.”

“They were the choice of many readers,” it said, adding that the 2015 “Person of the Year” citation will be presented to Rowley in 2016 “either in Trinidad and Tobago or [in] New York.”

Since 1978, the second year of Everybody’s publication, it has been naming an individual of Caribbean heritage as its “Person of the Year.”

During its early years, the magazine held a gala dinner in New York to honor that person.