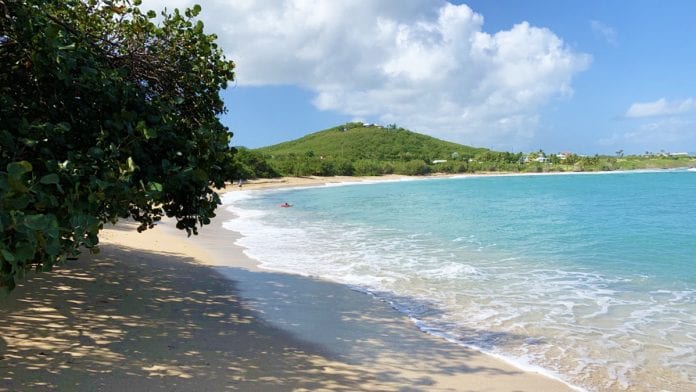 Caribbean countries have recorded a 50 per cent decline in tourist arrivals up to the month of June this year, a senior official of the Caribbean Tourism Organisation (CTO) said on Wednesday.

CTO Acting Secretary-General, Neil Walters, participating in a virtual on Caribbean tourism’s progress since the onset of the coronavirus (COVID-19) six months ago, noted that world tourism performance had declined by 55.9 per cent.

He told the panel that also included Frank Comito, the Director-General of the Caribbean Hotel and Tourism Association (CHTA) that the Caribbean’s 50 per cent decline came against the backdrop of basically no travel in this region in April and May.

“Implicit in that is a 20.5 per cent drop off, up to the end of the first quarter, and 39.4 per cent decline for the winter season, which would have been included in the period up to June,”

Walters said that the first two months of summer have seen a 99.1 per cent decline with just under 42,000 international visitors and “as of today at least 20 destinations are open, including a number of phased openings which basically at repatriation flights, cargo and not necessarily commercial flights.

The CTO official said that the US market declined by 60.1 per cent up to June, Canada 43.8 per cent, and Europe 54.8 per cent averaging pretty close to 50 per cent decline.

From STR, which sets the standard for data intelligence and global benchmarking, basically all of the accommodation key indicators declined, with the exception of the average daily rate which increased by 2.8 per cent up to the end June, and the key influencers in this were a decrease in room stock by 7.8 per cent and a reduction in demand of 46.4 per cent.

In terms of cruise, over the six months, there was a 49 per cent reduction in cruise visits – 8.5 million cruise visitors to the Caribbean – and the Center for Disease Control (CDC) order effectively cancelling cruises in March means there were no cruise passengers visiting the region, the CTO official said.

He told the virtual conference that with aviation, the closure of airports and borders in March has limited air services, and between March and June, it was mainly cargo and repatriation, then those destinations which opened to commercial travel.

“Since June we have seen the restart of commercial travel, including passengers…and the fact is that this whole process is also being governed by the individual rules, regulations of countries that have reopened.

“And I think you can see some patterns, but from a global standpoint, there’s a significant amount of differentiation in the way some countries have opened and the opening process,” Walters said.

According to official figures released, international visitor trips decreased in the six destinations reporting data for the period January to July, namely Puerto Rico (-64.6%), St. Lucia (-64.4%) and the Dominican Republic (-63.3%) recorded the largest contractions during this time.

The seven destinations reporting tourist arrivals for the period January to June, led by Bermuda (-81.3%), registered significant declines. The contractions in the other six destinations ranged between -41.4% (the US Virgin Islands) and -58.4% (Anguilla).

None of the four destinations reporting arrival data for the period of January to March registered growth. Decreases during this period ranged from -18.3% in St. Vincent & the Grenadines to -34.5% in The Bahamas.

Four destinations reported tourist arrival data for the period January to February. The British Virgin Islands (21.0%), Antigua & Barbuda (11.4%) and the Cayman Islands (8.5%) recorded increases, while Aruba (-0.8%) was the only destination to record a decline during this time.

Overall international tourist trips from Europe increased in one of the 19 reporting destinations, while decreases were recorded in the remaining18 destinations.

Cruise visits to the Caribbean grew in one of the 22 reporting destinations, so far this year. Decreases were reported in the remaining 21 destinations.

St. Maarten (-60.4%) and Cozumel (Mexico) (-58.8%) recorded the largest declines in cruise arrivals among the six destinations reporting for the January to July period.

Cruise arrivals decreased by -31.5 per cent in Trinidad & Tobago, while the falloff in Martinique was -12.1%.