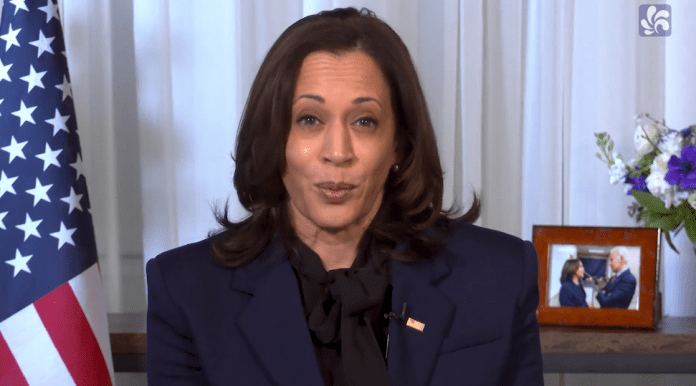 Since November 2020, Jamaicans and other Caribbean nationals have been in celebratory mode after receiving confirmation that Senator Kamala Harris, the daughter of Jamaican-born Donald Harris, a Renowned Stanford Professor, would become the next Vice President of the United States.

Harris is the first Black woman, the first Jamaican-American, and the first person of South Asian descent to hold the second-highest office in the White House.

The celebrations continued on January 17, when Caribbean nationals from across the diaspora came together virtually to celebrate Harris’ historic achievements. During an hour-long event billed “Global Caribbean Inauguration Celebration”, Caribbean artistes, politicians, and other public figures paid tribute to the vice president-elect.

The event featured musicians such as Jamaica musicians Flourgon, the Fab Five Band, Antigua’s Claudette Peters, and young Bajan rising star, Tykairi Sargeant, among others. The event was hosted by Trina Parks, Barbadian-American actress, and Felicia Persaud, a Guyanese-American and the founder of Invest Caribbean and Caribbean American Action Network.

In her introductory address, Persaud hoped that Harris, “the US’ first Black Caribbean American vice-president, makes it possible for the Caribbean region to take its rightful place as a strong partner with these United States.

Remarks were also made by Jamaica’s Prime Minister Andrew Holness, who sent his congratulations and hailed Kamala Harris as “a daughter of the region”.

Growing up, Kamala and her sister Maya, visited Jamaica regularly as children. Her father, a native of St. Ann, made sure that his daughters were aware of their Jamaican heritage. The Harris girls had also visited India where their late mother Shyamala Gopalan, a cancer researcher, was born.

Sir Hilary Beckles, the vice-chancellor of the University of the West Indies and chairman of the CARICOM Reparations Commission, also paid his respects to Harris.

“The wisdom within the vision of Caribbean people and their journey to justice becomes evident within the context of each era. With deep Caribbean roots, the values and vision of Kamala Harris are a part of this long Caribbean journey to democracy. She is an expression of the Caribbean moral and ethical perspectives. Critically, she is a Caribbean mentality on its way to demonstrating richness and fertility of Caribbean civilization,” he posited.

Throughout the presidential campaign, Caribbean-Americans, particularly those in South Florida, fought hard to deliver a win for the Biden/Harris ticket.

In a pre-recorded speech, Senator Harris acknowledged the role of the Caribbean community in the 2020 elections.

“Thank you for the efforts that so many of you have made over the course of the campaign to get us to this moment. You did the work. You laid the groundwork for this historic moment. Now, because of you and so many others, our country is on a path to heal and rebuild,” she said.

Senator Harris also acknowledged several American trailblazers with Caribbean roots that paved the way for her historic ascendancy to one of the highest posts in America.

“The contributions of the Caribbean-American community are woven into the fabric of our country. Those contributions are reflected in the lives of so many Americans with Caribbean roots, from Eric Holder (the first African American U.S. Attorney General) and Colin Powell (the first African-American Secretary of State) to Shirley Chisholm (the first Black woman elected to the United States Congress) and I’m proud to be with you as a vice president-elect with roots in the Caribbean.”

Vice President-elect Harris acknowledged that their term will not be without its challenges, but said that the Biden/Harris administration is “ready to work” to address major issues like the coronavirus pandemic and climate change, as well as economic and racial challenges.

“We are filled with a sense of purpose. Winning this election was not the end of our work. In very important ways, it was the beginning,” she said.