The measures were recently announced by Immigration Minister Vincent Wheatley.

“Effective immediately, all work permit renewals being submitted to the Department of Labour & Workforce Development are to be accompanied by the company’s good standing from the Social Security Board, Inland Revenue Department and the National Health Insurance as well as ,” Wheatley.

Speaking in the Legislature on Friday, he said that work permit holders will also need to submit certificates of earning from the Social Security Board adding that the department will not accept any applications for renewal if they are not accompanied by those documents.

The policy changes have been implemented amid the COVID-19 pandemic that has caused multiple lay-offs locally.

Work permit holders who have been terminated and would like to seek alternative employment can apply for a conditional permit from the Chief Immigration Officer.

That permit is valid for three months.

“The reality is [that] some will not be able to find alternative jobs. And without financial or family support, will be required to leave the territory,” Wheatley said.

He said this would assist “in a smooth re-entry when opportunity presents itself”.

“We recognize that many already wish to leave and we will do all that we can to assist those persons in whatever way we can … I am aware that in a time like this, many persons might be disheartened and frustrated by the decision to have them return to their home country. And though we are walking by faith and not by sight, the reality shows a future filled with bleak times for the entire world. Our territory is no exception to that reality,” he further said. 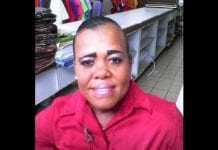