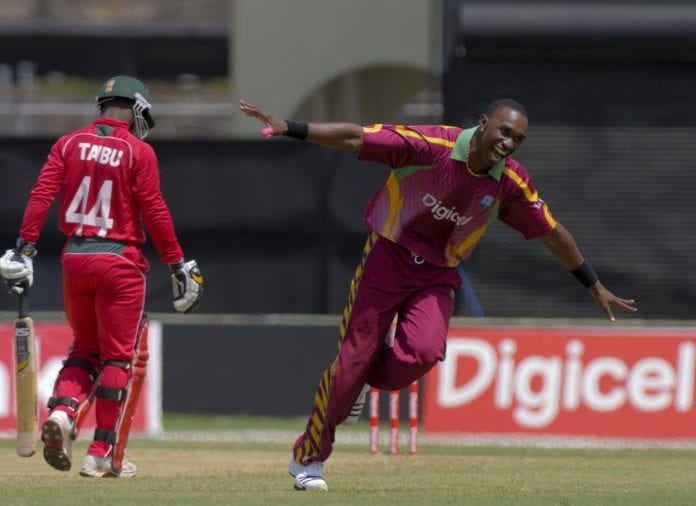 Trinidad-born Bravo, 32, is one of the world’s great all-rounders and played leading roles in both CPL and World T20 successes over the last year. In 31 career CPL matches to date, he has scored 452 runs (with a strike rate of 122.2) and has taken 47 wickets (including 28 last year) and was named the Man of the Series in last year’s competition after a string of outstanding performances.

In addition, to his 40 Test and 164 One-Day International appearances to date, Bravo has also featured in 61 T20 Internationals for the West Indies and was a key member of the 2012 and 2016 World T20 winning sides.

In an exclusive interview, the TKR captain said that he is relishing the opportunity to lead the re-named side once more and hailed the acquisition of a trio of stars in Brendon McCullum, Hashim Amla and Sunil Narine, who can help maintain

On heading into 2016 CPL season as defending champions: “It was a great feeling and a great atmosphere last year. Trinidad & Tobago is known as one of the most carnival-like atmospheres when it comes to cricket. We’re a very patriotic country where cricket is concerned and to play the finals in your home ground, and to also go on and win the finals, was a great achievement by the guys. The fans really get behind the team. We had a really good tournament last year, so we always enjoy playing at the Queen’s Park Oval, and last year the entire place was red and black. It was a crazy atmosphere! And to go out there and do it for the fans was very important, also because it was the first time for us to win the tournament was a great achievement.”

On winning the Player of the Series in last year’s CPL: “It’s good to always contribute through the tournament, especially when you win tight you always want to note to yourself that you contributed heavily to your team’s success. Being the captain for the last three years, we got to the semi-finals, but we had never got to the final. Last year was a very good team achievement. The guys stuck together, we had a very steady team with the same (backroom) staff. It was good that I was able to perform well and lead my team to a final. But, you know, my success was only based on the other individuals. My younger brother (Darren) had a very good tournament, as did Jacques Kallis. The overseas players bring a different kind of professionalism towards the entire set-up, so collectively, as a team, we did well.”

On the influence of Brendon McCullum this year for TKR, and thoughts on Dale Steyn and Dwayne Smith having played with them all for Gujarat Lions in the IPL: “They’re all world-class players. I’m very happy to pin down McCullum. He’s one of the world’s most dangerous players and a few years ago, when we were both playing for Chennai (Super Kings), I even asked him to come and play for Red Steel back then! Now the name has changed. He was part of the KKR (Kolkata Knight Riders) family back in IPL and it’s good that he joined the TKR team. So I’m happy to be team-mates with him, also with Hashim Amla who is another great player. Playing against the likes of Dale Steyn and Dwayne Smith and these guys, I mean as international players, we face these challenges often. But being in the same dressing-room, you get to know them on a more personal level, which is good. Despite whichever team we play for, we know that it’s a good bonding and friendly relationship.”

On sharing family ties in the same team as his brother Darren for the opening weeks of CPL: “It’s a special moment for my family, my Dad especially. We both have the same Dad. For me, when I got the news, basically half of the tournament is over for me. The first five games that we have Darren I can guarantee you that we will win four, or maybe three out of the first four games in Trinidad. His average in Trinidad alone is over 80 plus, so it’s good news for the team, good news for the country, good news for the franchise and I’m excited that Darren is allowed to play for the first five games and that will do us well to get a good start at home.”

On playing CPL matches in the USA: “It’s been a while now that a lot of people have tried to get cricket  associated with America. It’s good that CPL take that responsibility and take it over there. Let’s see, hopefully we get good facilities and good conditions. It’s all well and good to say ‘Oh, cricket is in America’, but we need to have good facilities and the cricket needs to be good. And that’s the most important thing, that (the quality of) cricket is the selling brand, and that’s the selling brand of any sport. The guys are looking forward to it. It’s a great sport and let’s see how it goes.”

On the importance of big home crowds in the Queen’s Park Oval: “The fans were there with us, the journey was a long one last year and they reaped the benefits and saw the rewards with their support and how important it was for us as a team to go on and win the title. This year the first round is being played in our backyard and it’s very important that the fans will come out and support us. We have a branding change, in terms of (the) name, but at the same time we still represent Trinidad & Tobago. The Trinbago Knight Riders is a very good name and I think everyone is looking forward to it. It’s a tournament that the entire country looks forward to and for us being defending champions, we’re going to defend our title. The champion is calling on all his fans, and all the TKR fans, to come out and support us and we cannot do it without their support. So, get your red, white and black – with a little purple – and come and support us!”
Tickets for all CPL matches across the Caribbean and in Florida are on sale from www.cplt20.com.

Located at the Queen’s Park Oval, Port of Spain, the Trinbago Knight Riders Ticket Office is also open for business fromMonday to Saturday (9am-5pm) to enable supporters to buy their tickets in advance for the biggest party in sport this summer. In addition, the TTCB Office at Couva are selling tickets from 9am-4pm (Monday–Saturday).