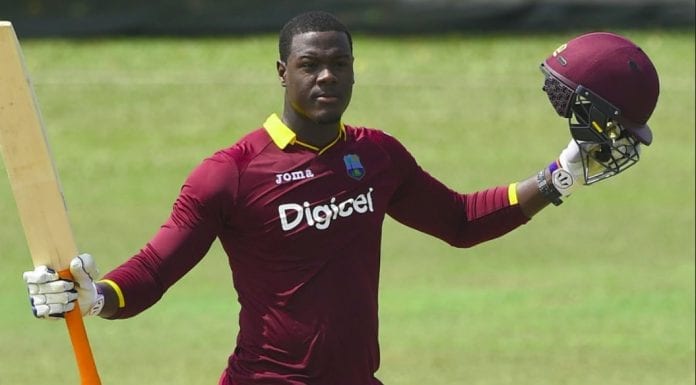 DHAKA, Bangladesh, CMC – Windies Captain Carlos Brathwaite was fined a hefty 40 per cent of his match fee after West Indies and hosts Bangladesh were slapped with fines by the International Cricket Council, for slow over-rates during the second Twenty20 International on Thursday.

The Caribbean side were adjudged to be two overs short of their target while Bangladesh were found to be one over short. The fines were imposed by ICC match referee, Jeff Crowe.

Under ICC regulations, players are fined 10 per cent of their match fees for every over the their team is short, while the captain is fined double. As a result, the Windies players were hit with 20 per cent fines and Brathwaite, 40 per cent.

Brathwaite’s opposite, Shakib-al-Hasan, was also fined 20 per cent, with the Bangladesh squad fined half that amount.

Brathwaite could also face suspension if the Windies commit another over-rate breach within the next 12 months.

Bangladesh won the match by 36 runs to level the series and set up a series decider here on Saturday.