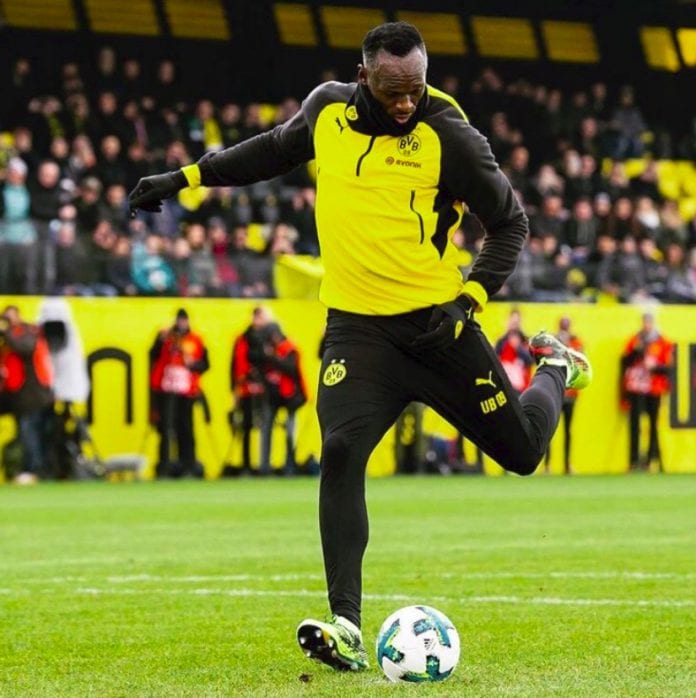 Bolt was among a host of the biggest names in world football including the likes of Diego Maradona and FIFA president Gianni Infantino who were in attendance at the Hublot Match of Friendship 2018.

The event, which marked watch-maker Hublot’s official countdown to the 2018 FIFA World Cup, saw five-a-side teams managed by Maradona and Manchester United boss Jose Mourinho facing off in the Swiss city of Basel.

Bolt who played for Team Mourinho, came off the bench to score as the teams battled to a high-scoring 11-11 draw.

“For me it was wonderful,” Bolt said.

“You can see their skills and it was a fun time, I’m happy to be here. It’s not easy! It’s all about movement but it was fun, the start of something great.”

Mourinho when asked about Bolt said “When I listen to him speaking about football I thought it was more a funny thing, a kid’s desire, a kid’s dream but I think not at all,” adding “Maybe football lost a talent to athletics.”