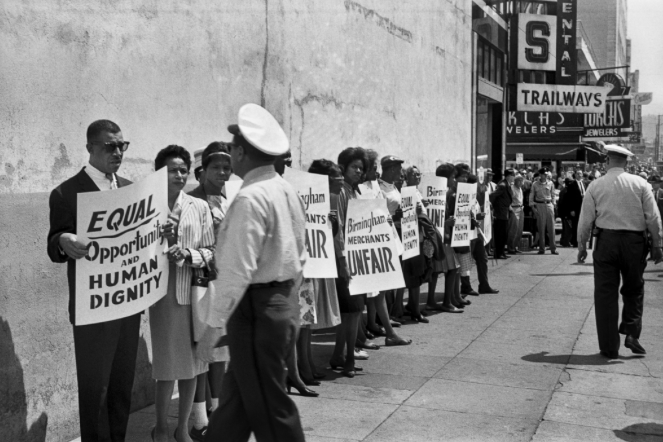 The fact remains, however, that Black history is an integral part of American history, but still does not get the significance it deserves without these valuable platforms. That was the original goal of Black History Month, when is was founded as Black History Week in February 1926 by historian Carter G. Woodson. Woodson sought to focus on the teaching of Black history, believing “If a race has no history, it has no worthwhile tradition. “ When in 1976 Black History Month was officially sanctioned nationally by former President Gerald Ford on the 200th anniversary of American independence, Ford said the month was necessary “to honor the too-often neglected accomplishments of black Americans in every area of endeavor throughout our history.”

Black history has been a crucial part of American history, from 1619 when Black Africans were first brought from West Africa as indentured laborers to work on tobacco farms on the British settlement in Jamestown, Virginia. From the early 17th century, Blacks were an integral part of America’s economic history due to forced slave labor, first in tobacco, then later cotton, production and export. The American economy before and after America’s independence from England in 1776, to the end of the American Civil War in 1865, was built on the backs of blacks.

Also, Black Americans were, ironically, corollaries to the fracturing, then the solidification of the United States, when the Southern states – including Florida – seceded from the union in 1861 due to the political pressures to abolish slavery.

After the Civil War, as Blacks asserted themselves as free men and women, they created one of America’s more powerful cultural movements – the Harlem Renaissance – which produced civil rights leaders like Jamaican Marcus Garvey, musicians, artists, singers, and literature geniuses like another Jamaican, Claude Mackay.

The legal limitation on Black life in the Jim Crow South led to the transformative civil rights movement of the 50s and 60s, including the leader of Reverend Martin Luther King, Jr. and Caribbean-American Malcolm X (whose mother Louise Helen Little was from Grenada.) The influence of this movement changed the political landscape, shaping the civil rights movement for other minority groups in America pursuing political agency.

Today’s evolution of the community has seen constant innovation and strides towards progress, with more and more individuals joining the nation’s economic, cultural and political leadership – culminating in the election of America’s first Black President, Barack Obama.

Though Dash and others believe there’s no need for Black History Month, there’s much American blacks have to commemorate, celebrate and even mourn in recognizing their history. Truthfully, it is impossible to capsulate this eclectic legacy into a month, but it’s important that America’s black community, especially black youth, engage in this 397-year history, which provides a solid foundation as the community continues to build. Black History Month helps to create this focus.

Black leaders like MLK sought an integrated America where blacks and whites would coexist harmoniously, but this integration is still elusive to some extent. There still are establishment institutions like the Academy Awards which scarcely recognize black achievement, or when recognition is given, feels token and insincere. This has led to blacks developing institutions like BET and the Image Awards to showcase their talent and honor their own.

It’s ironic the controversial Academy Awards showcase is being held in February, Black History Month. The televised award should draw attention to the fact that America is still not as integrated as MLK had dreamed. However, when, and if, this integration is realized, there’ll still be need for Black History Month, to enable the nation and the world to recognize the community’s awesome contribution to American history.