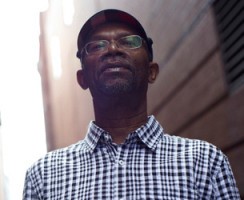 Known for his soulful vibe and smoky-sweet, bourbon-on-the-rocks vocals, Beres Hammond returns to the Au-Rene Theater at the Broward Center for the Performing Arts on Sunday, August 6, at 7:30 p.m.

Considered by many to be Jamaica’s greatest practicing singer-songwriter, Beres Hammond has received Grammy Award nominations for his albums Music is Life and One Love, One Life.

His many top hits include “Tempted to Touch,” “Double Trouble,” “Putting Up Resistance” and “Not Over Until It’s Done.”

With what he estimates to be 25 albums to his name, Beres Hammond is the recipient of the Order of Jamaica for his contribution to the nation’s music industry.  Rolling Stone Magazine noted, “A specialist in intimate love songs often told from the viewpoint of the blue-collar, ‘common man,’ Hammond has been described as his country’s Marvin Gaye, and also its Springsteen.”

Often labeled the King of Lover’s Rock, Hammond’s rich and flavorful delivery has been compared to the passion of Sam Cooke and the gut-wrenching grit of Otis Redding.  He points to other great Jamaican entertainers as major influences. These include Leroy Sibbles, former lead singer for the Heptones; velvety vocalist Ken Boothe, and rock steady pioneer Alton Ellis.

Of a recent performance in the Jamaican resort, Negril, the Jamaica Gleaner reported, “Beres Hammond was in his usual fine form…the women who had gathered at the front of the stage melted, stretching their hands out, beckoning Hammond to touch them. There were intervals where Hammond danced, jumped and rocked, much to the delight of his fans.”

For the past 15 years Hammond has performed regularly in South Florida. He made his breakthrough performance at the James L. Knight Center in Miami in 2002 to an enthusiastic sold out house. Since then each of his frequent performances has been greeted. with tremendous frenzied enthusiasm. “Beres’ music and performance is evergreen,” said Judith Haven, who first saw Hammond perform in that 2002 Miami performace.