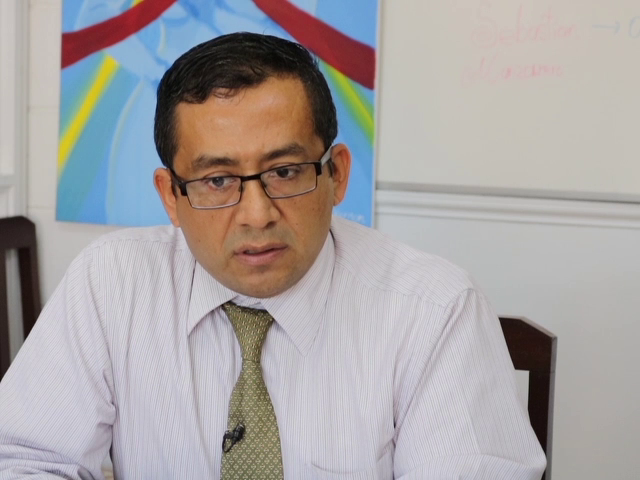 The Director of Health Services in Belize, Dr. Marvin Manzanero says he has tested positive for the coronavirus.

In a statement posted on his Facebook page, Dr. Manzanero, the county’s leading epidemiologist, said “for those who work closely, they would note that I am very meticulous and careful about physical distancing and enforcing mask-wearing at all times- double mask lately.

“Therefore, I can’t really say what happened but beyond being on the ground around flu clinics areas in Corozal a couple of weeks and having had short one on one meetings with M.O.H. staff (with all precautions taken) over the last couple of weeks, not really unaware of any real exposure beyond that,” he said.

Dr. Manzanero said that he started with minor symptoms such as throat itchiness on Friday and that he had not been swabbed for COVID until he was tested on Monday and the result returned positive via a rapid antigen test.

Manzanero reiterates what he has been stressing for months now, that the public cannot let its guard down and that masks must be worn. He warned that it may get to the point where the person who works outside from home may need to start wearing a mask at home too.

On Monday, Prime Minister John Briceño, returned to work after indicating that he had made a full recovery from the virus even as other members of the ruling People’s United Party (PUP) were reported to have contracted the virus.

Prime Minister Briceño has since announced plans for a massive education campaign regarding the virus.

“We want to do is slightly different and I think what we want to is have a daily short video of explaining what is taking place every day. So not just show the numbers and you try to understand what is going on. That’s one of the things that the minister just mentioned that we are going to be doing.

“Certainly, if Ask the Expert is something that is necessary, of course, we are going to do it. We need to do any and everything so that people could understand and it could happen to anybody. It happened to me. I expected that sooner or later it would happen.

“I know I kind of took a kind of fatalistic attitude but we also have to learn to live with the virus. We can’t just stay locked up in our home. We have to work but we have to work safely. We have to try to be as safe as we possibly can,” Briceno said, adding that the media will have to play a “very important role’ in the campaign.