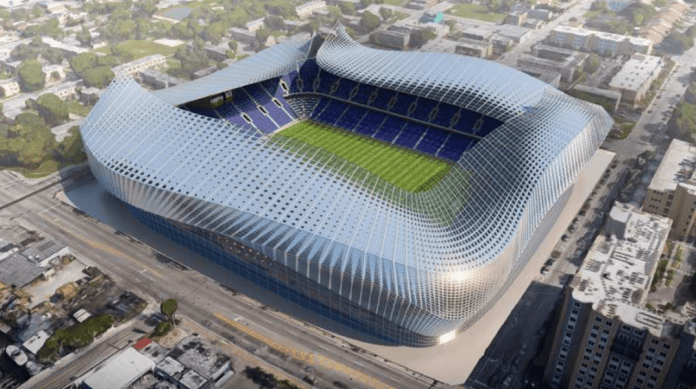 The land, located in Overtown, Miami, was secured on Tuesday when the Miami-Dade Commission on a 9-4 vote approved the sale of a 3-acre plot valued at $9 million. It is adjacent to another plot of 6 acres already secured by the Beckham Group, providing the required 9 acres to build the open-air stadium. The construction cost is estimated at $179 million to be funded entirely by Beckham and his investors, at no cost to either Miami-Dade County or the City of Miami.

The Beckham Group is committed to hiring residents of Overtown and the county during building. When the stadium is completed it will employ at least 50 individuals full-time.

While the City of Miami Commission must approve zoning to begin the stadium’s construction, no hitch is anticipated.

Some citizens of Spring Garden, a community adjacent to Overtown, expressed concern about the stadium’s construction before Tuesday’s vote, saying they will be disturbed by noise from the stadium during games, and traffic to and from games.

However, the project was supported by majority of the public present at the meeting. Most residents of Overtown, one of Miami-Dade’s poorest communities near downtown Miami, see the stadium as a potential economic boon.

On the insistence of Miami-Dade Commissioner Barbara Jordan, who represents the district encompassing Overtown, the Beckham Group will meet with residents who have been assured of their intent to assist in the community’s economic development.

Although the stadium could take some two years to be completed, Beckham recently indicated that his MLS team which is yet to be named, could begin playing in the tournament as early as 2018 at a temporary venue.