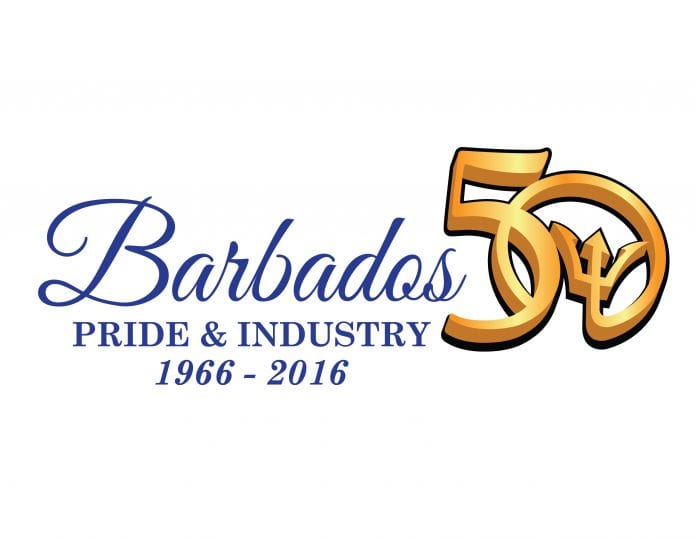 Barbados celebrates its 50 anniversary of independence

Barbados celebrates its 50th anniversary of independence today, November 30, having gained its autonomy from Britain in 1966. Barbados now joins three other Caribbean Community (CARICOM) states – Jamaica, Trinidad and Tobago and Guyana – in their golden jubilee celebrations. Preparations started months ago for the grand festivities under the anniversary theme, “‘BARBADOS WE COME FROM’ from Bussa to Barrow and Beyond.”

However, reports out of Barbados indicates today’s celebrations are being dampened by persistent heavy rainfall.

Barbados was led into independence by Errol Walton Barrow who became the nation’s first Prime Minister who served until 1976, and again from 1986 to 87. The other prime ministers of Barbados were John Tom Adams (1976 to 1985), Bernard St. John (1985 to 1986), Erskine Sandiford (1987 to 1994), Owen Arthur (1994 to 2008), David Thompson (2010), and the incumbent Prime Minister Fruendel Stuart who was appointed prime in October 2010 to succeed Thompson died in office. Stuart was subsequently elected to office in general elections in February 2013.