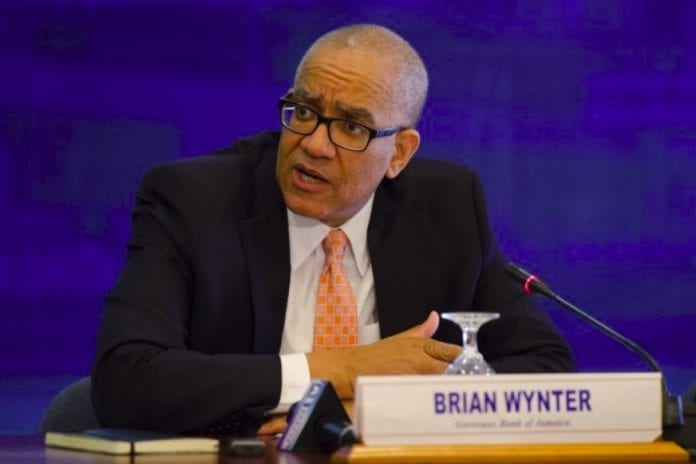 BOJ Governor Brian Wynter told reporters recently that inflation is low, the net international reserves (NIR) is increasing and the balance of payments, while projected to “widen somewhat” will remain at “sustainable levels.”

Wynter is projecting modest acceleration in economic growth ranging between 1.5 and 2.5 per cent per quarter over the next two years with inflation expected to remain contained. He said the expectation is for inflation to remain low and anchored at the lower end of the bank’s target of four to six per cent.

Wynter said the forecast is supported by buoyant conditions in the United States and some of Jamaica’s other major trading partners. He said the forecast also anticipates that domestic demand will remain restrained by continuous fiscal consolidation.

The Governor noted that the economy continues to show signs of gradual but sluggish recovery, pointing out that the estimated out-turn for the January to March 2018 quarter ranged between one and two per cent.

He said this is above the 0.1 per cent recorded in March 2017 and above the 1.1 per cent out-turn for December 2017, adding that the March 2018 estimate “reflects some growth in net exports”.