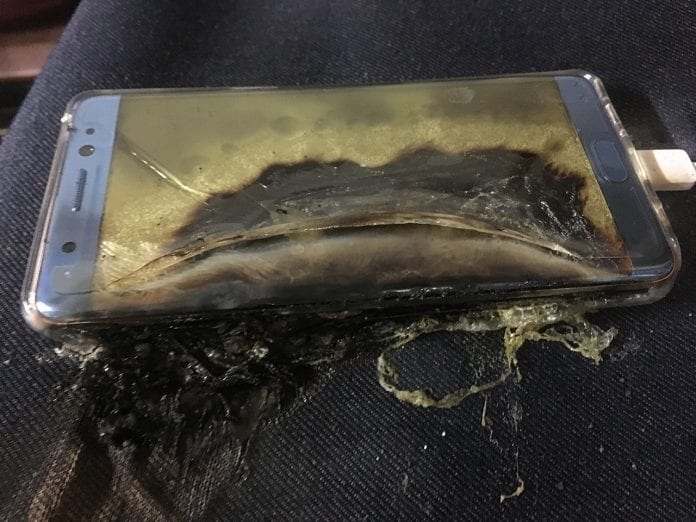 Bahamian civil aviation authorities have warned passengers that they risk causing a “catastrophic incident” if they seek to evade a ban on travelling with the Samsung Galaxy Note 7 mobile phone by placing it in their checked luggage.

Several countries have banned passengers from having the phones in their possession when boarding flights over concerns of the phone’s fire prone batteries. In a statement, the Department of Civil Aviation said it has instituted a ban on air travel in The Bahamas on all Samsung Galaxy Note 7 smartphone devices, effective Monday October 17, 2016.

It said if passengers attempt to travel by air with their Samsung Galaxy Note7 devices, they will be denied boarding.
“Passengers who attempt to evade the ban by packing their phone in checked luggage are increasing the risk of a catastrophic incident.  Anyone violating the ban may be subject to criminal prosecution, in addition to fines.”