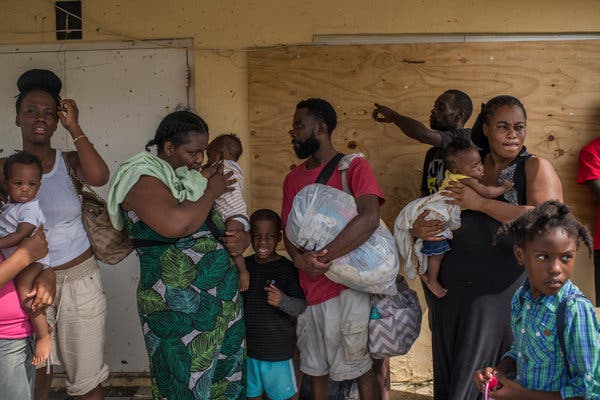 NASSAU, Bahamas, CMC – The Bahamas government has refuted allegations that non-nationals are being mistreated in the wake of Hurricane Dorian and appealed to the international community “to seek trusted and credible sources of information” on the country.

In a statement, the Ministry of Foreign Affairs said that the Hubert Minnis administration had become “of a number of false reports circulating on social media about the mistreatment of non-Bahamians in the wake of Hurricane Dorian that affected the islands of Abaco and Grand Bahama.

“In particular, there is a video of purported violence by Bahamians against Haitians. It is a false accusation that this incident took place in The Bahamas,” the statement said.

It said that all residents evacuated from the affected islands requiring housing are in safe and secure shelters provided by the government and that the evacuees are provided with three meals daily as well as medical care, school placement for children and social assistance.

“The government would like to reiterate that all residents of Abaco and Grand Bahama affected by Hurricane Dorian have access to social assistance, regardless of country of birth, nationality or immigration status. A number of private charitable organizations are also rendering assistance,” the government said, adding that its actions are in conformity with international humanitarian norms.

“All repatriation exercises for individuals in and from the affected areas have been suspended. The government continues to advise Bahamians and the international community to seek trusted and credible sources of information,” the statement added.

Hurricane Dorian slammed into the archipelago on September1 killing at least 53 people and causing widespread destruction in Abacos and Grand Bahamas, the two islands severely affected by the category 5 storm that had been packing winds in execess of 155 miles per hour.

Prior to the passage of the hurricane, The Bahamas had implemented a crackdown on illegal migration, particularly directed at people from Haiti. A Bahamian immigration policy requiring that all residents carry passports has led to increased raids of shanty towns and other areas with large undocumented populations.

Minister of Financial Services, Trade, Industry and Immigration Elsworth Johnson had earlier this month said that “strict instructions have been given to the immigration department that our concentration is on assisting with the humanitarian efforts to rescue and save lives regardless of place of origin, nationality or immigration status”.

He said further, the authorities are obligated to, and will continue to secure the country’s borders, and all domestic apprehension exercises in the affected areas are suspended.