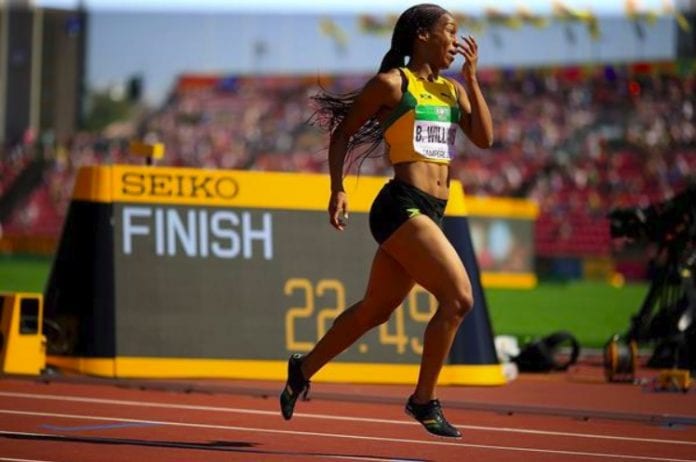 There is definitely a new star rising in Jamaica’s track and field galaxy. That rising star is 16-year old sprinter Brianna Williams. Following her brilliant victory in the women 100 meters, Williams  completed the sprint double as she won the women’s 200 meters at the IAAF World Under-20 Championships in Tampere, Finland on Saturday.

Williams clocked a Championship record and new personal best of 22.50 seconds to win the event ahead of American Lauren Raine Williams who had a time of  23.09,  while Poland’s Natyna Kotwila finished third in a national record and personal best 23.21 seconds.

Willams coach, Trinidadian-American former sprinter and Olympian Ato Boldon, speaking to the media after Williams twin feat, expressed confidence that she will be a member of Jamaica’s team to the 2020 Olympics.

Jamaica’s other medal on the day came in the men’s 4 x 100m where the team of Xavier Nairne, Christopher Taylor, Jevaughn Matherson and Michael Stephens clocked a National Junior Record of 38.96 seconds with the US taking gold in 38.88 seconds. Jamaica remain second in the medal table with 9 medals, 3 gold, 4 silver and 2 bronze.