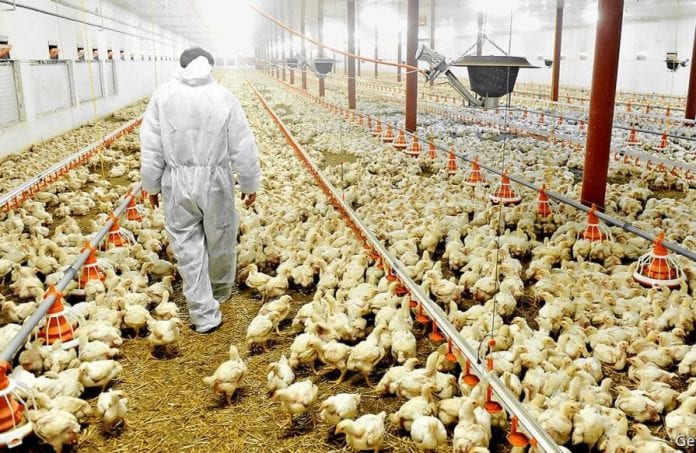 Antigua and Barbuda has placed a temporary ban on the importation of all poultry from the United Kingdom because of an outbreak of Highly Pathogenic Avian Influenza (H5N8).

The Ministry of Agriculture, Fisheries and Barbuda Affairs in conjunction with the Ministry of Foreign Affairs, Trade and Immigration said it is in full support of the ban to “protect our nation and by extension our region’s poultry sector. The decision to impose the temporary ban was taken following a meeting of CARICOM Chief Veterinary Officers.

According to a statement issued by the government, H5N8 is a strain of the avian influenza virus which can result in catastrophic effects to the poultry sector in Antigua and Barbuda and across the region.

“This virus has zoonotic potential (that is) it can be spread between animals and humans and is highly virulent and highly pathogenic,” the statement said, noting that a small amount of the virus can rapidly spread across massive numbers of birds in a short period of time.

The statement said that entry of this virus can result in sudden death of birds for entire farms and flocks and devastate poultry farms within 48 hours.

It said a harmonised approach across the region is vital to secure the poultry sector across CARICOM.

“This preventative approach has been taken as research and analysis has shown that this virus is on trend to continue its spread; particularly due to the imminent winter season in which flocks of wild birds migrate across the globe with the potential to spread the virus. A preventative approach has therefore been taken to safeguard people, food and the overall poultry sector of our nation and by extension the region.”

The statement noted that effective November 25, a temporary regional ban has been placed on all poultry from the United Kingdom including chicken, duck, turkey, geese, guinea fowl, quail and squab, adding this includes all fresh, chilled and frozen poultry products; live birds and hatching eggs.

It said processed poultry products (canned or hermetically sealed) shall be accompanied by an International Veterinary Health Certificate attesting that it was treated to destroy the avian influenza virus.

All importers of poultry meat were invited to a virtual emergency meeting held on November 27th, 2020 to discuss the ban and its potential effects,” the statement said noting that “no import licences shall be granted by the Veterinary and Livestock Division in the Ministry of Agriculture, Fisheries and Barbuda Affairs and the Ministry of Foreign Affairs, Trade and Immigration to import poultry from the UK into Antigua and Barbuda.