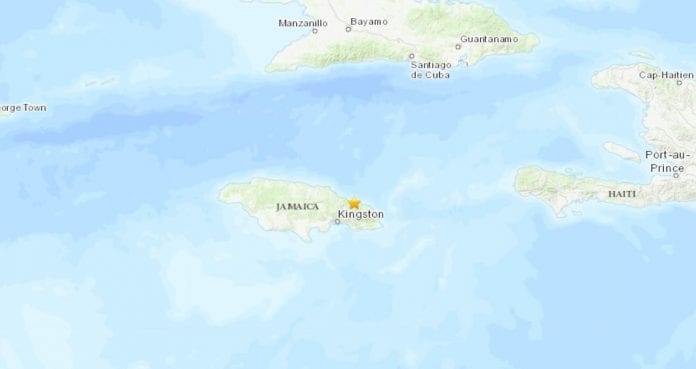 A day after a 5.9 earthquake shook northern Haiti, another  earthquake with a magnitude of 3.6 was felt in sections of Jamaica late Sunday.

The United States Geological Survey says that the earthquake, with its epicenter west northwest of Hope Bay in the eastern parish of Portland was felt in the neighboring parishes of Kingston, St. Andrew and St Thomas.

There have been no reports of injuries.

This is the third tremor to rock sections of the island in recent weeks.

Bahamas PM Urges Caution as the Country Enters Another Phase of...

Bermuda’s Jonte Smith a Step Closer to his Wembley Dream