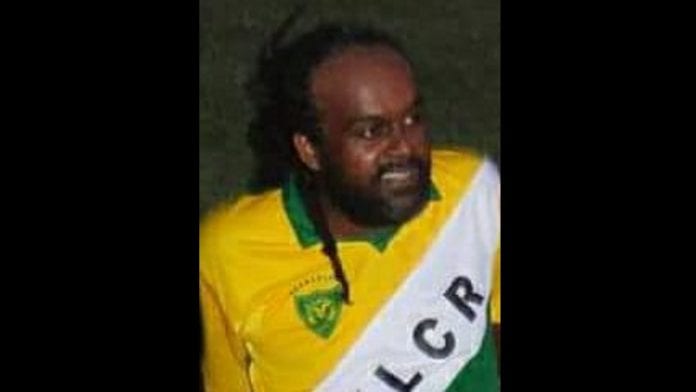 The son of former Jamaican footballer, Allan “Skill” Cole has died. Allan Cole, Jr., age 45 died suddenly on Monday morning in Jamaica.
Cole Jr’s son found him lying on the ground, unresponsive. He was taken to hospital where he was pronounced dead.

It is being speculated that Cole Jr died of a heart attack, but family members and friends are awaiting the results of an autopsy to confirm the cause of death.

His father’s football boots were big ones to fill, but the younger Cole was no rabbit on the football field. He was a former captain of the Excelsior High School Manning Cup team, and played alongside Jamaican football legend Walter Boyd.

There have been an outpouring of tributes paid to Cole Jr since news of his death broke.

“Just heard news that my brother Ali Cole died suddenly. It is hard but condolences to his children, parents and loved ones. Sleep in P Ali,” one man wrote on Facebook.

An Excelsior High School past student, who was apparently a close friend of the deceased, wrote in a school community page on Facebook: “It was on Saturday I spoke to you never knowing that would be last time I would see you. I pray that your soul may rest in peace Allan “Ally” Cole Jr. Your presence will be truly missed.”

Cole Sr was a confidante and manager of late reggae legend Bob Marley and was instrumental in Marley’s forays into Ethiopia and Zimbabwe where Marley performed at a famous independence concert. He also played football with Marley at Marley’s Hope Road residence in Kingston, Jamaica.