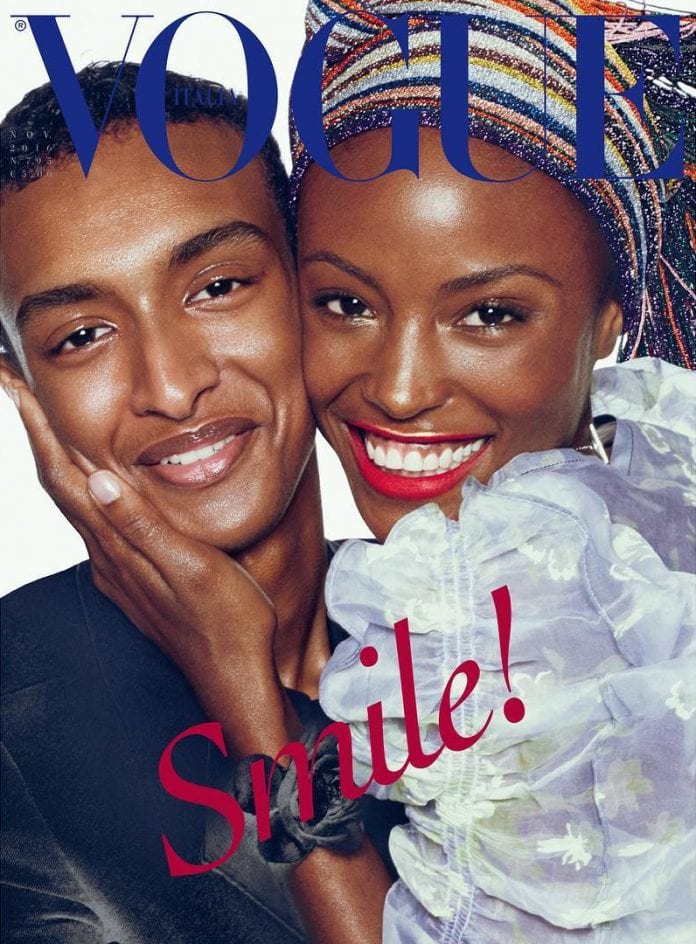 Alicia Burke made the cover of Italian Vogue November also making history as the first Jamaican or Caribbean model to appear on the cover of the magazine. Beginning her career in January of this year, Burke has made fast progress with such success.

Vogue is the top editorial opportunity available to models globally. Two other Jamaicans have made the cover of Vogue: Lois Samuels who graced the German edition more than 20 years ago and Jeneil Williams who was featured on the Turkish edition three years ago.

Shot by Steven Meisel, the magazine cover features the stunning Burke as one half of a couple, the other half being male model Hussein Abdulrahman. The cover was booked and shot in New York, as one of many secret deals with major brands by her managers. Burke won Pulse’s Caribbean Model Search Reality TV show in 2015 and quickly rose from there.