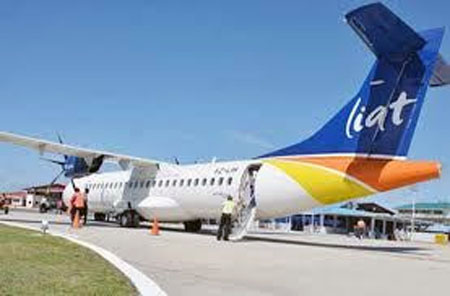 The cash-strapped regional airline, LIAT, will make its first scheduled flight to Dominica on November 1, according to a statement issued by the Antigua and Barbuda government.

A statement issued after the weekly Cabinet meeting said that the High Court-appointed administrator, Cleveland Seaforth, updated ministers on the ongoing plans to recapitalise the airline that stopped flying to Caribbean destinations in March.

The statement confirmed that the Antigua-based carrier, would fly to Dominica on Saturday and that it is expected to provide a schedule of services to other Caribbean destinations, including the United States Virgin Islands (USVI) and Puerto Rico, shortly.

But the statement noted that the airline, which this week sent retrenchment letters to hundreds of its employees, is still in negotiations with the “several unions representing LIAT staff” and that the “issues of severance payments, unpaid salaries, and other owed payments have not yet been settled”.

Earlier this month, Prime Minister Gaston Browne said that his administration is prepared to “collapse” the regional airline if it does not emerge as a “new and lean,” entity as part of the re-organisational plans.

Browne said then that practically all of the countries in the region are collaborating and that the governments of Antigua and Barbuda, Barbados, St. Vincent and the Grenadines and Dominica – the previous major shareholders – had written to the administrator agreeing to write off their debts written off

“If I am not mistaken, we are talking close to EC$70 million debt would be eliminated from the balance books of LIAT as a result of those countries agreeing to write off the amount due to them,” he added.

The Antigua-based airline owes creditors in excess of EC$100 million and since the airline stopped its daily schedule, several smaller airlines have sought to occupy the space left by the regional airline.

“Tourism is beginning its slow climb upwards. The large carriers have shown an interest in LIAT serving as a regional carrier, ferrying passengers from London and New York to destinations down the chain of islands,” the statement added.