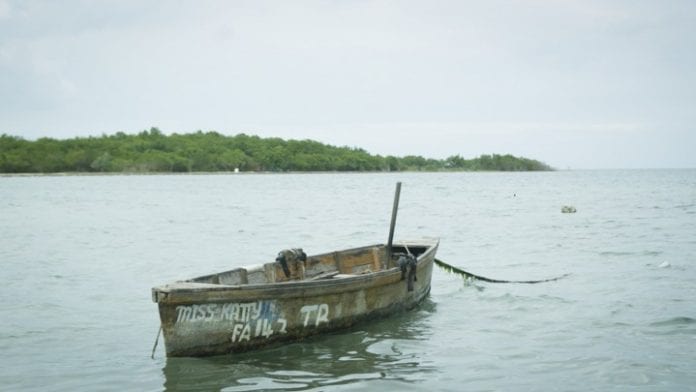 The American Civil Liberties Union (ACLU) filed a lawsuit on June 12 claiming that the US Coast Guard improperly detained and abused four Jamaican fishermen for more than a month.
On September 13, 2017, the Jamaican fishermen set out on a boat to Morant Cays, an offshore island group off Morant Point in Jamaica, to catch fish for their families. They were only expected to be gone a day. Instead, the four men got lost near Haiti where they were picked up by US Coast Guard vessels then taken to Florida and charged with drugs offences. No drugs were found, according to ACLU, and the drug charges were later dropped.
The Maritime Drug Law Enforcement Act of 1986 made smuggling in international waters a crime against the United States, even if those drugs were not intended for the U.S. The US Coast Guard said they sought permission from Jamaica to prosecute the men in the United States and Jamaica complied.
ACLU, a major human rights organization in the United States, stated in their news release, that “the Coast Guard seized the fishermen and destroyed their boat by setting it on fire and riddling it with bullets,” and “held the men in secret for more than a month, chaining them to the exposed decks of four different Coast Guard ships all while denying them access to shelter, basic sanitation, proper food, and medical care.”
“The Coast Guard has no authority to kidnap and disappear fishermen who are trying to make a living for themselves and their families,” Steven Watt, a spokesman for the ACLU, said in the release.
“The Coast Guard chained our clients to decks of its ships for over a month, exposed them to the elements, even during a hurricane, and didn’t even let them tell their families that they were alive,” Watt said in the statement. The families had initially presumed them dead until they were allowed to make phone calls in mid-October.
The men were initially suspected of trafficking drugs, that were never found- according to ACLU. When each of the men pleaded not guilty to one count of conspiracy to possess with intent to distribute marijuana, they were charged, and pleaded guilty to “knowingly and intentionally provid[ing] materially false information to a federal law enforcement officer during a boarding of a vessel regarding the vessel’s destination”.
The ACLU suit says: “They pleaded guilty because they were told that it was the quickest and surest way to get back to their homes and families in Jamaica and to put an end to their nightmare.”

They were sentenced to 10 months in US prison and deported in autumn 2018.