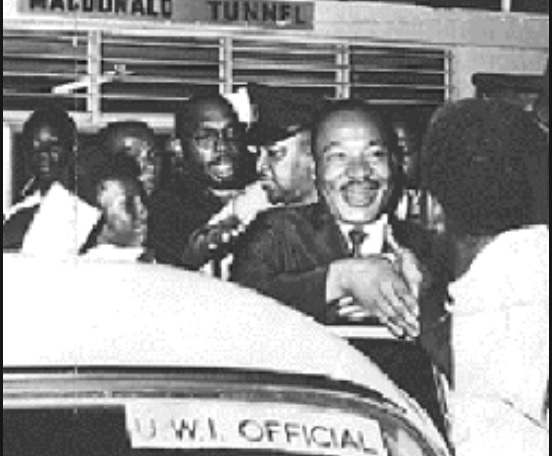 Despite being consumed with the demands of securing civil rights for the black population in the United States, the Rev. Martin Luther King, Jr. took time out for recreation.

Personally, I wasn’t privy to those visits by Dr. King, but I vividly remember, almost 53 later, Dr. King’s visit to Jamaica as a guest of the then government and the University of the West Indies in 1965.

At the UWI graduation ceremony on June 20, 1965, Dr. King was invited to present the valedictorian sermon. A student at the university of the time, I was fortunate to be a guest of the Department of Government Studies and had a very good seat to see and hear the great man speak.

To be frank, although Dr. King was at the center of American Civil Rights’ movement by 1965, there were some of us on the university campus, and throughout Jamaica, who had not been following his achievements closely and were not overly excited about his pending address at the graduation ceremony.

However, within minutes into the address by this humble looking black man who was relatively short in stature, he completely captivated the audience listening to him at the university, and the thousands listening to the speech being broadcast live on Jamaican radio.

Dr. King’s speech was the most impressive oratorical presentation I have ever heard throughout my life, even surpassing Barack Obama’s famous ground-breaking speech at the 2004 Democratic Party convention.

Be a great street sweeper

The civil rights leader’s oratorical skills waxed passionately that afternoon as he encouraged the graduates: “to be the best at whatever you do.” King’s words would be forever etched in my mind, especially when he urged the graduates: “Even if it falls your lot to be a street sweeper, go out and sweep streets like Michelangelo painted pictures; sweep the streets like Handel and Beethoven composed music; sweep streets like Shakespeare wrote poetry; sweep the streets so well that all the host of heaven and earth will have to pause and say, ‘Here lived a great street sweeper who swept well.’”

After his speech, Dr. King received a standing ovation that lasted some 5 minutes, and for days afterwards, people on the university campus and elsewhere in Jamaica, made reference to the speech. Many of us who were there to hear the speech, resolved to “be the best” of whatever we chose to be in life.

Dr. King throughout his career would go on to make several more memorable, iconic speeches. He was a genuine gifted orator, but for many Jamaicans who were fortunate to hear that speech he gave at the UWI on that June afternoon in 1965, that was his best. To me it certainly was, and being there to actually see him deliver that speech made me connect to Dr. King in an  inexplicable manner. Several Jamaicans, like me, followed his career, his achievements and his fight for civil rights closely and were devastated by news of his assassination just three years later, in April 1968.