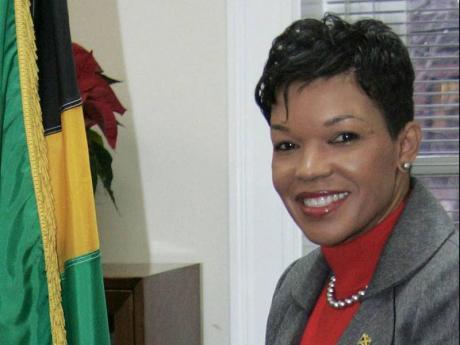 KINGSTON, Jamaica – The date, 6th August, holds a special place in the hearts of every Jamaican, regardless of color, creed or religious or political persuasion.

This date has become a part of our national subconsciousness – planted since infancy – as we were exposed to the enormous struggles and tremendous sacrifices made by our forefathers which spawned the birth of independent Jamaica in 1962. The struggles for emancipation and ultimately independence, have contributed to our rich history and laid the foundation for the myriad achievements and benefits that we currently enjoy and which have engendered strong feelings of national pride in our people, for more than five (5) decades.

The  commemoration of the 57th Anniversary of our country’s independence, under the theme “One Nation, One People” is a poignant reminder of our diverse ancestry, constituting afro-descendants, Indians, Chinese, Lebanese and Europeans; formulating a melting pot of cultures, ideas and behaviors which make us uniquely Jamaican. This is a distinction for which we stand proud; cohesion amidst diversity.  This year’s theme is also in keeping with our motto, “Out of Many, One People”, which is symbolic of the force behind our nation’s raison d’etre.  Despite our differences, we have recorded much progress as a nation.

Our small country, although barely visible on the world map, continues to produce persons of high repute whose meaningful contributions transcend our 144 square miles to the world, in many areas including in the arts, sciences, culture and sports.  Regarded to be among the best destinations in the Caribbean, and indeed the world, more than four (4) million visitors take time each year to enjoy the spectacular beauty of our shores and the endearing warmth of our people.  The pulsating rhythm of our beloved reggae music which was recently designated by UNESCO as an intangible cultural heritage, continues to thrill the hearts of people across the globe, while our cuisine which has stimulated the palates of many, is widely recognized as among the best gastronomic delights internationally.

In recent years, based on the bi-partisan efforts of the current and previous Administrations, the Jamaican economy has achieved macroeconomic stability which has earned us the respect of multiple international financial institutions. Unemployment has plummeted to its lowest levels in decades; the economy has been recording modest growth, coupled with an increase in consumer confidence, as we witness a period of unprecedented expansion.  Jamaica, the home of the best performing stock market for 2018, is also being positioned as a prime destination for investment, booking more than $500 million on local and foreign direct investment for the 2018/2019 period.

It is clear that there is no limit to what we can achieve when we work together as “one nation, one people”. The theme must therefore be seen as a rallying call for all Jamaicans, both at home and abroad, to join forces to overcome the challenges we continue to confront, such as crime and violence, which impede further progress.

As the Prime Minister, the Most Honorable Andrew Holness, indicated at the recently concluded 8th Biennial Jamaica Diaspora Conference, we remain grateful for the “immense contribution that the Diaspora continues to make to national development”.  Your solid support over the years in education, health and other key sectors, has formed the bedrock of our nation’s development.  I am pleased that your distance from the island’s shores has not diminished your love and passion for our beloved homeland and you continue to share our common bond as “one nation, one people”.

I appeal to Jamaicans across the length and breadth of the United States, to continue to support the Government of Jamaica in its efforts to improve the welfare of all Jamaicans in our beloved homeland.