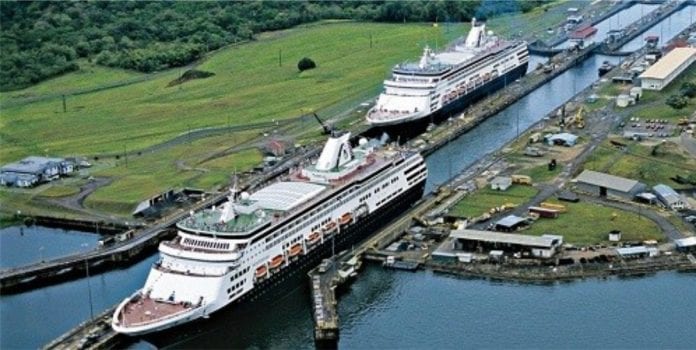 The Panama Canal was built

On this day in Caribbean history May 4, 1904 the Panama Canal was built. The Panama Canal stretches over 50mile Panama isthmus and was built to help eliminate the spread disease-carrying mosquitoes. The canal was also built to shorten the journey around the tip of South America. According to historians it was one of the largest and most difficult engineering projects in history, this project commenced in 1881 but was abandoned because of lack of funding and technological advancement; later it was picked up by an American company. The canal was officially opened on August 14, 1914. While this mission was success between between 1904 and 1913 of the construction phase it was estimated that over 56,000 workers were killed. Close to 240 million cubic yards of rock and dirt were excavated during the American construction phase of the canal.