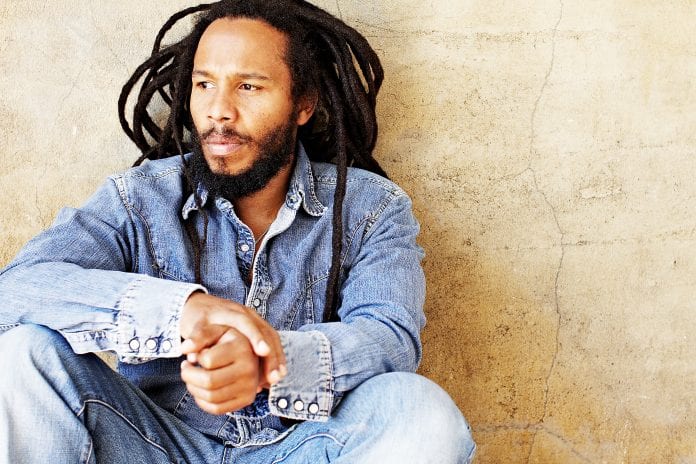 On this day in Caribbean history, October 17, 1968, David “Ziggy” Marley, Jamaican musician, leader of the band, and the son of legend Bob Marley, was born.

In the earliest known record of his musical career, David Marley performed as part of a singing group called The Seven Do Bees, made up of him and his classmates, and wherein he was given the stage name “Freddie Dic”. The moniker never stuck, however, and instead David went on to become known as “Ziggy”, a nickname given to him by his father Bob Marley, meaning ‘little spliff’. But Ziggy states the following to Melody Maker Magazine in 1988: “Me name David but me big Bowie Fan. So at the time of the ‘Ziggy Stardust’ album, me call meself Ziggy and now everyone do.”

During the late 70s, Ziggy could also be seen alongside his brother Stephen at some of their father’s larger concerts around Jamaica and abroad. In 1978, the duo appeared on stage at the One Love Peace Concert in Kingston, and the following year at Reggae Sunsplash II in Montego Bay.

Also in 1979, Ziggy and his siblings Sharon, Cedella and Stephen formed the Melody Makers – named after the British weekly pop/rock music newspaper, Melody Maker – and made their recording debut with “Children Playing in the Streets”. The track was written for them by their father, who had composed the song four years earlier for them and wanted to share this gift with children around the world. All royalties from the single were pledged to the United Nations, to aid its efforts during the International Year of the Child.

Later that year, the Melody Makers made their on-stage debut as a group on 23 September 1979, performing on the same bill as their father for the first and only time at the ‘Roots Rock Reggae’ two-day concert series in Kingston’s National Arena. Ziggy was 11 years old at the time. Notable other early moments in Ziggy’s musical history include a performance with Stephen at their father’s funeral in 1981, and later that year the Melody Makers released their second single, “What A Plot”, under the family’s Tuff Gong record label.

After Bob Marley’s passing, Ziggy began performing in his place alongside the Wailers at various shows around Jamaica, and in 1984 the group went on tour in support of the year’s Bob Marley ’Legend’ compilation album release.