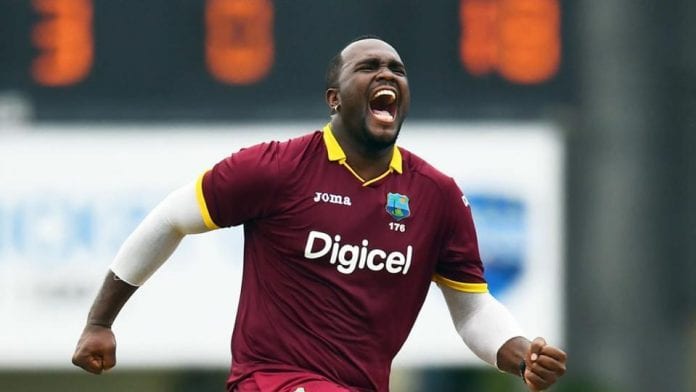 DUBLIN, Ireland, CMC – Frontline West Indies spinner Ashley Nurse said Monday’s defeat to Bangladesh had not dented the team’s confidence, and they were now fully focused on breaking their jinx against the Tigers in Friday’s final of the Tri-Nations Series.

West Indies went down by five wickets at The Village to follow up their eight-wicket loss to Bangladesh in their second game of the tournament last week.

The Caribbean side have now lost six of their last eight one-day meetings with the Asian side inside the last 12 months.

“It’s a tournament where the final is the ultimate goal. They’ve gotten the better of us in the last two games but that doesn’t mean anything. We have to turn up on Friday and try to do the work.”

In the first match, West Indies managed just 261 and Bangladesh easily chased down their target with five overs remaining. Monday’s contest was much of the same, with the Tigers chasing a modest 248 and reaching their target with nearly three overs to spare.

Nurse, who has played 49 One-Day Internationals since his debut in 2016, said it was important not only for the Windies to bat well but to place pressure on the Bangladesh middle order which was yet to be really tested.

“I think if we can get some more runs on the board, first and foremost, then the bowlers would have an easier job,” the 30-year-old pointed out.

“Because the wickets are really easy paced and it’s a case where we have to be on the ball as a bowling unit, build some pressure in the field and put them under some serious pressure and get into their middle order.

“The two games so far we haven’t really gotten into their middle order so if we can get into the middle of their batting order I think we’ll be in with a good shout.”

Nurse was the Windies’ best bowler on Monday with three for 53, taking his tally for the tournament to seven. However, he said while he was pleased with his performance, he was disappointed by the result.

“Today I had some more rhythm. From playing the other games I didn’t have a lot of rhythm but today was a lot warmer as well so I felt a lot more at home,” Nurse explained.

“It was a slow pitch so I think the pace we bowled at was very important and today I got most of it right so it was a good performance from me but obviously to get the win was the most important thing and we didn’t do that so we have to go back to the drawing boards and come back next game.” 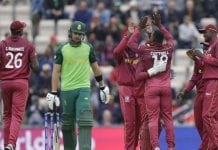