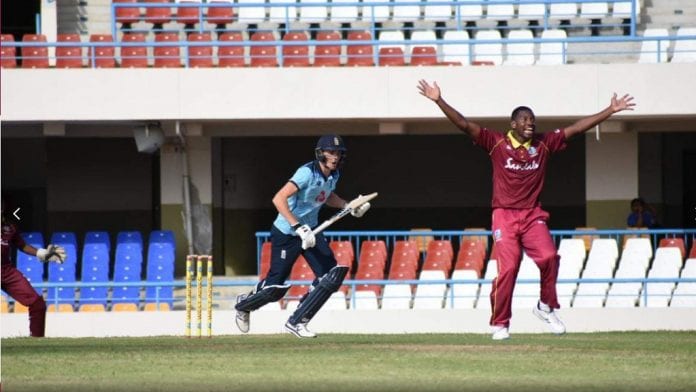 BRIDGETOWN, Barbados – The England and Wales Cricket Board said Friday the West Indies tour would now take place between July and September, after announcing an extension of its freeze of professional cricket until July 1.

West Indies were scheduled to tour England for three Tests from June 4-29 but the outbreak of the novel coronavirus pandemic, also known as COVID-19, ruled out any chance of the series going ahead as planned.

The ECB, which had initially delayed the start of its domestic professional season until May 28, said all fixtures affected by the extension would be rescheduled to the new window.

However, with the United Kingdom one of the worst-hit regions by the virus, ECB chief executive officer Tom Harrison said there was still huge uncertainty over staging any cricket, especially with the major issue of public health taking priority.

In fact, Harrison said the ECB would only go ahead of planned fixtures once it was safe to do so.

“Our role as a national governing body during a crisis of this scale requires us to carefully plan alongside cricket’s stakeholders and supporters to attempt to overcome COVID-19’s impact on this season,” Harrison said.

“As much as we remain hopeful that we can deliver some cricket this summer, we are in the midst of a worldwide crisis and our priority – over and above the playing of professional sport – will be to protect the vulnerable, key workers and society as a whole.

“That’s why, simply put, there will be no cricket unless it’s safe to play. Our schedule will only go ahead if Government guidance permits.”

He added: “Our biggest challenge, along with other sports, is how we could seek to implement a bio-secure solution that offers optimum safety and security for all concerned. The guidance we receive from Westminster will help us shape how we deliver this.

“Our plan is to reschedule international matches as late as possible in the season to give the best chance of play.”

Cricket West Indies chief executive, Johnny Grave, remained hopeful the series would be staged during the window but also reiterated that the safety of players and officials was priority.

“We continue to be in regular dialogue with the ECB on when and how we might be able to rearrange the Test series,” he said on Friday.

“Clearly playing in June is now not possible and we will continue our discussions with the ECB and other Internationals Boards on trying to find new dates. We will only travel to England to play the series if our players can be assured that it is safe to do so.

“Our respective medical teams are beginning to discuss how this series could be played whilst guaranteeing the health and safety of our players and support team. We will be as flexible as we can without compromising the safety of our team.”

There are hopes by both boards the series can take place in July behind closed doors and under strict quarantine protocols, but the plan is contingent on the severity of the continued impact of COVID-19 on the UK.

The UK has so far recorded 143 000 infections and 19 500 deaths and even though Health Secretaty Matt Hancock said last week that infections had reached their peak, social distancing protocols are expected to remain in place for the remainder of the year.