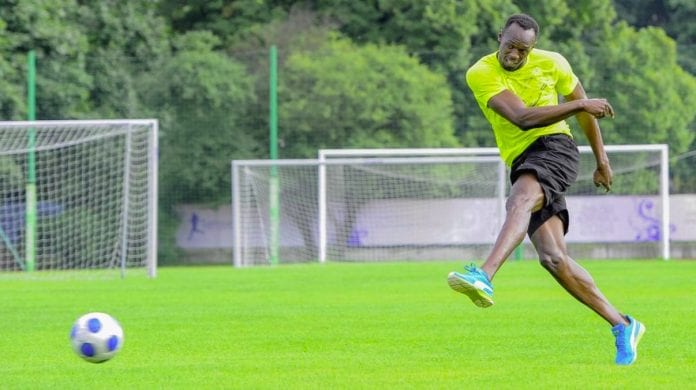 Jamaican-born triple Olympian Usain Bolt is expressing nervousness even after winning eight Olympic Gold medals and 11 World Championships titles. Bolt’s nervous admission comes weeks ahead of his trial date with Borussia Dortmund, the same club as speedster Pierre Aubumeyang. Bolt is set to go to Dortmund in March for a trial.

“It makes me nervous. I don’t get nervous, but this is different, this is football now. It’ll take time to adjust but once I play a few times I’ll get used to it,” said Bolt.

Nervous about impressing self

Bolt also admitted that the reason he is nervous has nothing to  do with not impressing Dortmund, but with impressing himself. “If they [Dortmund] say I’m good, and that I need a bit of training, I’ll do it,” said Bolt.

BVB, or simply Dortmund, is a German sports club based in

Dortmund, North Rhine-Westphalia and is part of a large membership-based sports club with more than 145,000 members, making BVB the second largest sports club by membership in Germany.